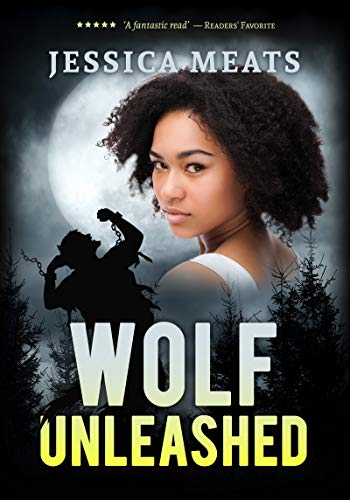 I really wanted to love this book, it sounded so interesting, a unique take on the genre.

It has some excellent characters too, and an interesting plot-line that I can see developing further within future books.

And yet….it was interesting, it was well written, paced to keep the reader engaged and yet somehow I kept putting it to one side.

Possibly it was the sheer unpleasantness of the idea of keep werewolves as pets/slaves, and of breeding them for that purpose, taking away the children and selling them. Its all too reminiscent for me of the human trade in slaves where non whites were considered sub-humans and we used and abused them.

Although it made for a great main plot it did make me feel incredibly uncomfortable and guilty as a human for the past atrocities white people forced onto non-whites.

If you can set that aside and enjoy the story for what it is, fiction and well written, then this is a series you’ll enjoy. I might try later books as they come out, I know once the imbalance starts to get addressed I’ll be happier reading about these people.

Its an excellent look at human nature, how ready we are to believe what “the authorities” tell us, which of course is what benefits a few powerful people the most, but gets dressed as if its helping everyone. Cynic? Me? There’s a quote from Edmund Burke that suits this book really well, it goes something like this… “all that is needed for evil to flourish is for good men to do nothing”. Here we’ve a handful of good people, starting with Crystal, doing something which hopefully will grow, but it isn’t going to be easy.

Even then if Crystal’s brother hadn’t been bitten she would still have gone along with the official line that this treatment of werewolves is essential for them and us.
It mirrors what happens so often, as humans we mostly ignore or turn a blind eye to distasteful practices and injustices until we’re forced to confront them personally.

Stars: Three, a really well written story, but which made me feel so guilty for similar human past practices it affected my enjoyment of the story