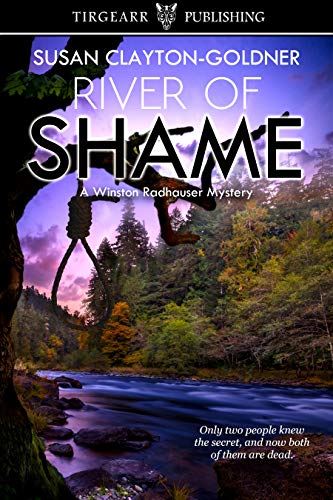 My third book from Susan, and its as fabulous as the other two. I missed the first Radhauser mystery, but feel as if I know him now. He’s the kind of policeman all should aspire to be, won’t give up, seeks the truth, not the convenient answer and is such a genuine caring man.

When we meet him at the start of this book I understood why his wife was angry, and yet like her I understood that he’s the kind of man he Had to go in to work, couldn’t just leave justice when he knew he was needed to help pursue it. Yet his wife has just given birth to their son, and is also undergoing chemotherapy. Such a hard decision, and he’s trying to do both, do what’s right for Grace and their family and also try to stop more crime and hatred being spread.
I love Radhauser, he’s a great man. He’s been through such a lot with the death of his first wife and son in a tragic accident, and been given another chance at happiness, which is is so pleased about, but Grace knows he wouldn’t be the man she loves if he just ignored something when he could help.
Of course what seems a simple case expands to include others, to include murder and to show up an evil thread of bigotry running through the locality.

Its at times a harrowing read, not because its overly graphic but because its so real. Sadly I could imagine this happening, not just in US but here in UK too. We too have our share of bigots and hatred 😦 I had to put it aside a couple of times because the characters feel so real that I was really upset when certain things happened. That’s a testament to good writing, not a book I put aside because I’d lost interest, I just needed to take time to read something lighter, give my mind a break.

Its a gripping, suspensful story, and so easy to believe in the reality of it. I so felt for the characters, was so angry at the bigots, felt for the kids, brought up by such narrow minded folk, they’re almost bound to follow their thinking and actions. It takes a brave child to break away from such strong minded parents.
Radhauser is his usual thorough self, and I love the way Susan explains his thinking, why he takes certain actions, that allowed me to come to my own conclusions. The ending though – that came as a shock, really didn’t expect that and yet looking back I can see how the threads were seeded out, but so carefully that I missed them.

Stars: five, a scarily real novel, written with very genuine feeling characters. Its a story I could very well see played out in real life.