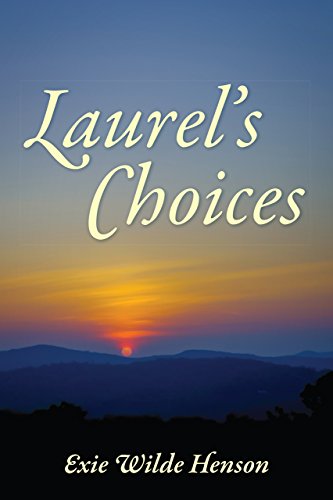 Every now and then I like to dip into a historical read, especially ones like this where folk are living with nature. I really thought I’d enjoy this, and I did, but with reservations.

I loved the contrast of Laurel and Justin, two people in love who wanted such different things for their family, saw their futures in different ways. Laurel was an amazing woman for the time, very forward thinking, not content to let life just evolve around her, but wanting to fight for not just women’s rights, but for what was morally right every time. She wanted a stable home base, Justin wants travel and adventure, but he respected her in a way many men of the time wouldn’t, and together they do an amazing amount of good for so many people.

Laurel’s faith is very strong and often bring god into a story irritates me, depends how its done. Here’s its necessary, part of Laurels character, and of course back then people faith often was stronger than today, life was tough and they needed to believe in some form of higher power I think. I felt in that context, even though the religious parts got stronger as the novel continued it was necessary as its was so much a part of Laurel.

Where the book fell down for me was that it lagged in parts. I know it can’t be adventure and suspense all the while, and I do love day to day minutiae, but there were times here when I just felt disconnected and put the book aside.
I’m not really sure why, there were plenty of events that brought the “what now?” questions to the fore, the dangers of living in a rural situation, the differences of opinion in folk living so closely together, the medical catastrophes when there’s no hospital nearby…I liked the characters too, it just seemed to be a little flat for me. Still, as ever its perfect for others and its a well written novel that certainly brings forward all the dangers and hardship of living in those times.

Stars: Three and a half, parts I really enjoyed, the roughness of rural life, the difficulties they faced but its a one off read for me.