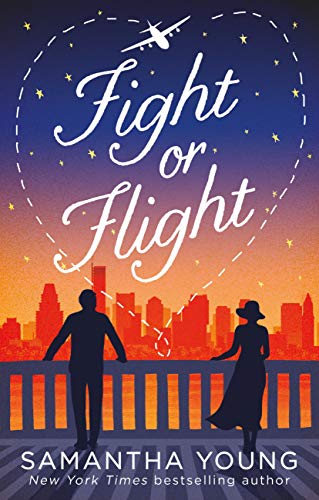 Well, I’ve read lots of Samantha’s stories now, On Dublin Street is still my favourite, she does the Scot guys so well. Usually. This one, Caleb, well, he’s a shallow jerk. I was infuriated at his arrogance, his lack of manners, his overall high handed, judgmental self. I almost stopped reading, he was so obnoxious.
Luckily Ava kept me going….I loved Ava, she seemed like a typical “blonde” stereotype, pretty, always well dressed, full make-up, perfect hair, and yet she’s so much more. Awful parents, betrayed by her two childhood best friends, yet she’s got herself a good job, her own home, and a few good friends. Harper, her best friend, is wonderful and I hope we see more of her in a later book. There seems to be an opening later in the book with someone….

So, I ploughed on and slowly began to understand Caleb, but though he has a past that made me understand why she initially judged Ava, he’s human, we all fail and make mistake, he seems to continue to judge her in little ways even when he knows her better.
I did warm to him but I can’t say he’s my favorite person in Sam’s writing. I enjoyed the story but again its not one to really tug at the heart, I felt sad about what had happened to Ava, was sad for Harp when things went wrong for her but it didn’t have the huge drama I’ve come to expect from Sam. Having said that when things did go wrong it was really well done, drawn out over a period of time, lots of angst and wondering, lots of will they make it through ( yes, I know they will but I still need to feel as if the possibility is there that they won’t). so many books wrap the break-up and getting back in just 2 or 3 pages and for me that just doesn’t cut it. I want my characters to really feel devastated, to really hit the bottom and here both Ava and Caleb do. Ava is so brave when she faces her fears and tells Caleb how she feels, and then gets That reaction, but by now I understood Caleb more and it made me angry but not as furious as it would when I started the book. Even Ava understands why he has that reaction, but she’s grown so much in confidence, she’s heartbroken but knows that its not her fault, compared to how guilty she felt over Nick and Gem.
Some reviews mention the Scots accent. I hate written dialects for just this reason, done badly they can ruin a novel. I’ve seen too many Doona, dinna, nay lassie, och the noo etc….and so often they use language that would have been common a couple of centuries back but now, no way. I’m from Norfolk (UK) and we know that when a TV series features folk from here they all speak in some kind of generic Summerzet accent.
If I’m reading a novel and I don’t notice the accent, except that it reinforces a characters background, then I know the author has it right. Sam’s a Scot, she does that accent well in her writing IMO, it adds to and not detracts from the story.

I’m finding it hard here to put a rating, it started badly for me, but the drama of the ending really was perfect.
I still think the actual story holding things together was a bit flimsy, I felt it wasn’t really strong enough to hold the whole novel. Maybe if we[‘d seen it a bit more in a past time-frame, from Ava’s POV it would have more impact, but I felt for her but with the “ horrible folk, awful thing to do but move on now Ava”, rather than being so upset I understood why it coloured her life so much. Sometimes it is tiny things from the past that impact on us, but we need to see just how awful an effect those words or actions were to understand properly.
Stars: Well, hmmnnn…tough one. I think its going to have to be a three, not my favourite of Sam’s books.