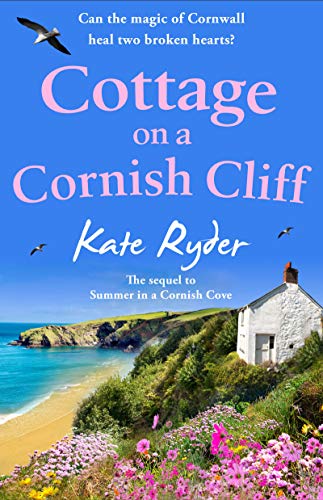 Gah, women’s fiction…men write romance, they read it too, so I hate this category. Sexist and outdated.

I hadn’t read book one so borrowed it via KU.
I enjoyed it though I had a few reservations, especially the way Oliver is so – well – spineless. He lets Sylvie walk all over him, he lets Deanna run their lives and when he meets Cara he finally takes something for himself but he still hasn’t sorted out his marriage and the ending I thought was so sad.

I was so hoping in book two he’d finally step up, man up, be responsible. When he was with Cara he seemed a different man, and I loved him, then he’d get depressed again and just let events happen. I know depression is hard, but its not just him suffering, its his family, children, and of course Cara and her family. He knows he has an issue – I just wanted him to try to take steps to deal with it. He seems to use it as an excuse…. “the Grey Mist descended” and he just lets it.
So I was really hoping for good things for Cara in book two, wanting her and Oliver to be together. When he was with her he really seemed a better man. I didn’t like Deanna, his wife, felt that she wanted the celebrity aspect, the wealth and benefits more than she really wanted Oliver. He seems almost like an afterthought in their marriage. Maybe it started differently but now they’ve become two separate people held together by the children.
Cara’s art career is blooming, helped along by Greg. I did not like that man, he just seemed so sleazy, being overly touchy with Cara even when his publicly beloved wife was dying. Inevitably Cara gets swept along by the changes he says she needs to make to reach the top in her art, but I kept thinking did she want that or was it Greg? She was happy painting, selling online and in her gallery, and now the pressures built was she still happy. Had her art become more burden than pleasure? It certainly appeared that way.

There’s the same mix of secondary characters as in book one but somehow I didn’t enjoy this as much as that one, even though I didn’t like the way book one ended 🙂
Its kind of a sad story here, no-one seems really happy, Oliver is back with the family but its clear things aren’t right there, Deanna is stretching out picking up her career, but doesn’t want full independence, doesn’t want to lose Oliver – or at least I felt she didn’t want to lose the lifestyle, Greg is carefully grooming Cara but I felt it was more for the career prestige of discovering a new top artist than for herself, and Cara misses Oliver badly, and seems to be taken in by Greg and his advice for her art even though its not making her happy.
I found most of the story a bit hard going, even though its perfectly written. I was so convinced Oliver was leaving it too late, that Cara was going to move forward with Grey. Deanna? Well, TBH I never liked her so I wasn’t bothered what she did as long as she let Oliver move on. In both books there are odd snippets of precognition, or the supernatural and I felt it jarred rather than added to the story.