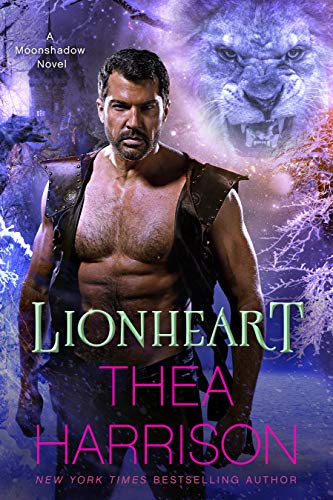 I was wondering what to read next recently, I love to re-read good novels and this trilogy flicked in my mind as one I’d really enjoyed, and then only a couple of days later the final book appeared on Netgalley 😉 Yay!
Sadly though I loved the first two books in this series this one, well, not so much 😦 and just have to say here, I hate that cover. That guy just doesn’t do it for me. I get that Oberon is tough and growly, not a slight, pretty boy type, but that guy just looks hairy and – dare I say it – a little chubby rather than muscly……and that ‘tache!! Still, I’m sure he’s a hit for others 😉

Where books one and two were very people orientated and we had lots of action, drawing in so many different characters, it felt like the bulk of this book was just Oberon and Katherine, and I didn’t really enjoy that part. I’m glad he wasn’t a sap when he saw Katherine, that he was his own abrupt, arrogant, imperious self, even when they did fall for each other. Equally I love that Thea has strong women as heroines, no simpering misses, no-one that can be described as “his little….” that always infuriates me. Just strong, confident ladies. They often have issues, but that’s a world away from being weak and easily impressed. I did enjoy their battles, where neither backed down.

I love Puck, and I’m glad we saw more of him, he’s a strange character, I so feel for his past and the effects it had on him, and that makes him very unpredictable. His heart is for Oberon ( and Sophie) and he’s ultra protective, giving nothing for convention, politeness, politics, just takes the course of action that feels right to him. That gives Thea a freedom to introduce all sorts of events….

I missed seeing the characters we’d met in the earlier books, they were there but so briefly considering the size of the book, and that affected how I enjoyed it. It just didn’t feel properly connected to those earlier ones. I do like the link with the elder Races but you don’t need to have read them to enjoy this trilogy.
The battle with Isabeau, when it finally came, felt anti-climatic, there had been so much build up through previous books and then it seemed to be over in a trice. It made it feel a bit of a non event for me. I’d guessed a way back what was going to happen, not quite how but the seeds for the event were pretty generously sown.

Stars:Three and a half, fabulously written as always with Thea – that parts a solid five stars, but the rest just didn’t live up to books one and two for me. I really missed meeting all the others, missed the actual world connections, Lyonesse v the world we know, the magic that connects it, and they way Oberon’s people have been fighting so hard for Lyonesse and him on both sides of the divide. I felt so much of this book was just Katherine and Oberon and they took over too much of the story for me. I also felt the ending was a little anti-climatic somehow, all that build up and then…..