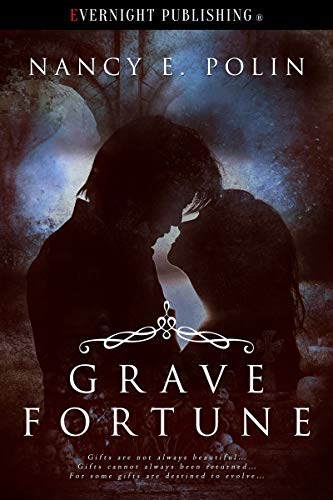 Genre: Sci-fi and Fantasy
EDIT: I’ve heard from Nancy since writing this, and it is the first book in a new series. Makes much more sense sounds and holds plenty of promise.

I really enjoyed Nancy’s last paranormal story, and the novel she co wrote with another author, so was looking forward to reading this one. Tbh though I found it a good read, but not a great one.

It seemed like a lot was going on but the story wasn’t actually going anywhere. I was curious about Dana’s ability and the way it affected her. I think I’d like to know more about her as a person, in fact probably more of all the characters, what makes them tick, how they are connected etc. I wanted to know more of Joseph and his history, how vampires “worked” in this setting, whether they were all isolated or if it was just him. Alex, what exactly he did in the police, how he came to be so close to Dana, other than the promise he made to her husband. I ha so many questions about the characters and the world they lived in.

Its well written, but the whole story felt very much like it was the prequel for a series maybe, and as that it would have made sense, but as a stand-alone it just felt a little flat for me.

Stars:Three, interesting story but it felt a little too confusing to work as a story on its own.