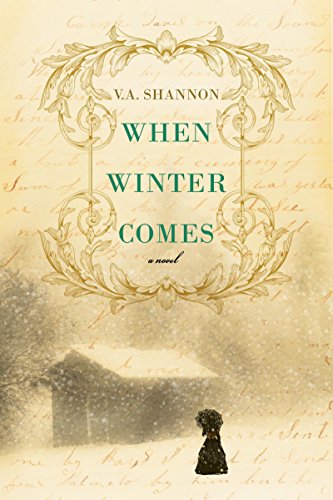 Gosh, such a difficult book to review. I enjoyed it immensely, but it also made me incredibly angry, sad, squeamish, and so glad I was born in recent history.
Its easy to judge from the perspective of a safe, warm home, plenty of food, good trustworthy family and friends. The Indian saying about walking a moon in anothers shoes before judging is a good one to bear in mind. Who knows what we’d do when faced with death?

We get the story from Mrs Jacob Klein, now a well respected person, wife and mother. Her husband Jacob doesn’t figure largely in this story, and yet I get the feeling he knows what happened, he saw how harrowing the journey had been for his wife, and his decision right at the start to tell her he would never ask gave her a peace of mind.
She didn’t love him when they married, but over the years that respect and trust has grown, and I feel she does love him now, not with a grand passion, but with a depth that is solid, means more to her.

When we first meet her she’s one of many, families struggling to survive, parents who don’t care or have given up caring, and just use whatever they can to scratch a living, steeped in the alcohol that helps them forget for a bit how hard life is. That’s her future, selling her body, unless she takes charge, and when the opportunity comes she grabs it, and runs, out onto the trail with folk hoping for a new life.
Its hard, she’s on her own, tagging on to a family by their goodwill, and need for her help. Things go wrong of course, days are long, life is tough but somehow they’re getting through. Seeds are sown, moments of distrust, stories embellished, accusations and insinuations run riot, as happens with any large group, but so far they are making progress. Not without losses, but they all expected that.
Then someone comes up with a shortcut, tells some of the others they’ll get there ahead of the main group if they take it, they’ll get the best opportunities, the best land, the best grazing, be wealthy, and the infamous Donner Party sets out.

That part is true, the story is a fictionalised tale based upon real events, and its harrowing to read in parts.
Of course its never as easy as it seems, the shortcut proves to be anything but, and they fall far behind, the bad weather catches up and we see all this happening through the main characters eyes. Harsh realities bring out the best in some folk and the worst in others, and it makes for some tough reading, but I was gripped by wanting to know how things worked out. Slowly the misfortunes build on and life gets harder and harder. None of them escape unscathed and they have to take some hard decisions over what to do.

Reading it, I was thinking of the unwavering cold, no real shelter, no warm clothes or bedding, no medical supplies, very little food, and the outlook bleak, with no hope of getting through before the hard weather sets in for months. That real last resort, eating the dead so the living can survive, its an awful thought, but then so is letting children starve when bodies are meat that could save them. Hard choice to make and the decision never to speak of it is a good one.

As always though there are those with loud voices who make money from the story, not by telling the truth of course, but by presenting themselves in the best light, and by talking down and blaming those who they’ve held grudges against for so long.

That’s human life, that still happens, never let the truth get in the way of a good story is something we see today in the news all the time. Some things never change, but those lies can decimate anothers life.

Stars: Four, a story I really enjoyed, hard though parts were to read.
I liked the contrast of the seemingly content and well off Mrs Jacob Klein, with the scared, starving waif she began the story as.
I loved the history part of it, that its a real story, though a fictionalised account, and I felt for those poor souls who were part of it.
It gave me much to think about after.