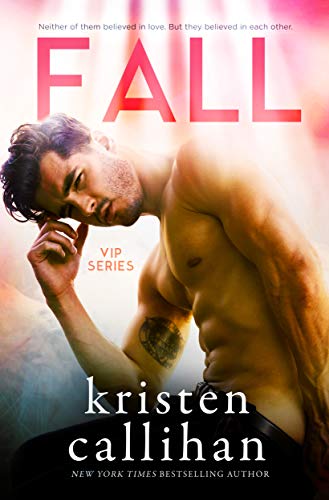 I love a good rock star romance, but though there are thousands in that genre good ones are few and far between. Trawling though some time back I came across the first in this series and fell in love with this band. Bought that, and book two – which is still my favourite- and now bought book three. In between review copies, KU and the loads of free books offered its pretty rare I actually spend money on a book, but this series are ones to read and re-read and well worth twice the price.

So this time its Jax, or John as he introduces himself to Stella. Poor John keeps things deep inside, plays the happy, light and fun guy, hiding his sadness, but just before the start of this series he tried to kill himself and it brought the band to their knees.
They’re slowly recovering but John is a work in progress, still carefully finding his way forward and feeling so guilty for what he sees as letting his friends down.
The depression factors in this story are really well handled, I understood John and his feelings so well, and of course seeing the impact potential suicide has, it changes everyone in the vicinity. Its hard to imagine being that much in despair but when you feel so down that everything seems pointless its looks like a way out, if you’re just tired of the struggle getting through each day becomes. Thankfully John was found in time and has been getting some excellent help. What made it feel very real though was despite that he’s still struggling, some books make counselling a miracle cure and its not, it gives people tools but the change has to come from them and it takes a lot of time and support.

You’d think a book with the MC going through this would be grim, but its not, its full of humour, sharp one liners, ongoing jokes and the Chlamydia incident gave rise to some wonderful humour. Gabriel threatening Sex Ed for them all, the Gritty Kitty phrase, John’s horror at having Brenna know about it. It was humour within a serious issue and one so sadly ignored often. I’ve read thousands of books, and this is only the second time I’ve heard dental dams mentioned….its a very important topic.

Its a story full of vitality, shows what a support good friends are, and of course I loved seeing the gang again, ( Whip and Brenna, that mystery really tweaks at me, it gets hinted at more and more and I so hope we find out soon). It was great seeing the softer side of Gabriel, baby Felix, Killian’s pets, all the little everyday fun parts that lifted this book. Of course there’s a good deal of steam here, the sexual tension between them can be felt right from the Mint Ice-cream Incident. ( You may take my Oreos but you’ll never get my mint choc chip) They’re not down and dirty straight off though, but a gradual simmering build up, so that when they do finally get there its incredible, shocks them both just how good they are together. I like that, books which have MCs in bed within the first few pages sometimes work, but more often have me skipping pages and chunks of text, bored with the repetitive sex scenes. Here that didn’t happen, everything was so perfectly paced.

Johns past and current issues are so serious, but though they guide the direction of the book they don’t make it dull, sad reading, but just give a balance to it, make the characters feel more real. I can imagine these people, their actions, mistakes, words, feel so genuine.
That kind of thing makes a book work for me. Intelligent characters, not grunting, monosyllabic alpha males, ladies that are inspiring, work hard to overcome difficult circumstances, not just flutter eyelids at said Alpha males and expect to be taken care of.
Stella, she really was a star, a fabulous character. She was the perfect foil to John, they were each what the other needed, someone each could depend on, not someone watching John’s every move expecting him to regress, but a friends, someone who saw beyond his issues, and she didn’t need him to support her financially, she’d do that herself, but to just Be there when she needed someone, though it took a while before he could believe in himself enough to be that man.

It really is a fabulous series, and for me on a par with the fabulous Kylie Scott and the Stage Dive guys and ladies.

Stars: Its a five, as are all three books for me. A welcome rock star read that has intelligent characters.