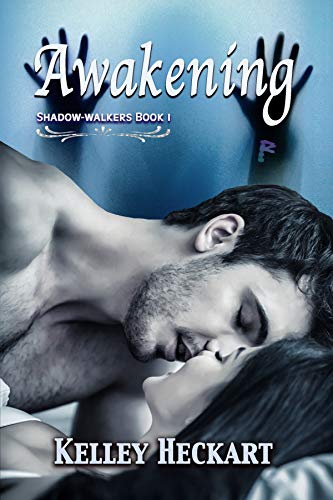 I love a good rock star read, ditto film stars, adore romance and of course a good paranormal and this book promised all of those….trouble was it didn’t stop there , but brought in so much more. The paranormal, well there are ghosts, and the shadow walker elements (which Tbh I still can’t quite understand – but then I feel Kate doesn’t either so I’m not alone) The romance, well that brings in rock star Kate and film star Kane, but not just them, there’s Kate’s ex, manager of the band she was in, and the traumatic ending of that, and the ghosts, where its not a simple uncomplicated story either. Oh and Kate is also a writer, now involved in changing her story for film, which is how Kane fits in. I didn’t understand wholely though why Kane was involved in the rewrite? There had to be something though to get him and Kate alone in the cabin.

So they’re snowed in and the ghosties begin, not just one though….weirdly in the middle of being scared half to death but events Kane and Kate keep creaking off for hot baths and even hotter sex….that just didn’t feel credible to me. I’m assuming somehow the fire heated the water as the power was off but they existed on water and PBJ sandwiches, and energy bars. Why not use the fire to heat water for coffee, heat some of the tins, cook something hot?
The story was interesting but just too much going on which meant the major plots had to be condensed to fit everything in and for me I felt that it wasn’t the best way of delivering. It meant they were in blizzard in cabin, ghost appear and hey presto Kate has the answer, but wait…there’s a puzzle to unravel but….its all in the magazines left lying in the cabin. Once they’re out of the cabin too it was problem meet solution – all very slick and neat and I want characters to have to work for answers.
The romance, well it was hot, very sensual but I didn’t really like either character, didn’t feel the love, just some hot and sensual lust. Long term? Well, I think they’ve a lot to do yet.

The band members; well, by the time we’d met them my brain was saturated, so much had been going on that I just couldn’t deal with even more past problems and current supernatural events. I kind of switched off.
As always though reviews and reading are very subjective. Kelley has written lots of very well received books so although this style of writing didn’t work for me clearly it works well for others.

Stars: hard one….the idea is a five, the way it plays out for me though just didn’t work as explained so I guess overall its a three