The Girl in the Corner, Amanda Prowse

The Girl in the Corner, Amanda Prowse 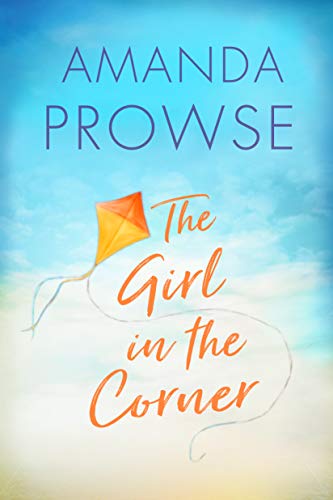 Usual grump – Women’s fiction as a genre, just why? Men read all sorts of stories too….why alienate them?

Anyway, I enjoy Amanda’s books, she writes tales that make me think “what would I do in that situation”, has characters and settings that feel very real.
I didn’t enjoy this as much as some of her other stories though, the settings and characters were terrific as usual, but the story – I felt that for so much of the book I was waiting, waiting for something to happen, waiting for the other shoe to drop, and it wasn’t until very near the end that it did. I’d have liked a bit more of what happens then, instead of the brief opening into Rae’s future we see.

Its a tale that happens way to often, wife ( or husband) thinks everything is wonderful, and then finds out that their adored and loyal partner has been playing away…what next? Carry on regardless for the sake of the family? Try to forgive and move forward? Or divorce/separation? I always think, how could I trust that person again? That kind of betrayal is so hard to get past, I’m not sure I could forgive and move on. I think that would be a hard barrier for me, the one I can’t forget.
Can Rae move forward though? And in what direction? She really needed to talk it through but Dolly is Howard’s sister, and though they’ve been best friends for so many years, Dolly has divided loyalties. It meant Rae looking at her life introspectively, looking at not just her and Howard’s relationship, but all the family ties, at what happened to the Rae who wanted to be someone but instead became the person supporting everyone else. Its got a huge potential for looking at what could happen if she decided differently, and I so felt for her in her having to decide without the soundboard of Dolly to help her.

Of course nothing happens in isolation and looking back we can see where the routes for different paths were going, where what one person perceives isn’t necessarily the truth – a great example of that was Rae’s view of her childhood and family relationships, where what she thought of events and decisions was how it seemed to her, but not what her parents intended her to feel. That sounds tangled, you’ll need to read the story to understand I think…What Rae sees as her parents not supporting her ambition to be a chef turns out to be her parents fearing that way led to hard work and no reward for Rae, whereas they wanted what they saw as the best for her, that she was clever enough to work in an office, the pinnacle of achievement in their eyes. She thinks they’re unsupportive, that her sister is the one they support, but what they intend is to make Rae be the best she can, and office work in their eyes is something their clever daughter can aspire to. As adults looking back we can see that what we though wasn’t necessarily what was intended.

Like I said, I enjoyed this story, but didn’t love it, its not one I’d reread. I just felt for so much of the story I was waiting for the next section, that so much of the book covered the same ground while Rae mulled over what had happened and what she should do – I’m sure that’s very real, what people in her situation do but for me it wasn’t very entertaining reading.

Stars: Three, another very real story from Amanda but not one of my favourites. Still, that’s just my opinion and I can see that its a perfect story for other readers.