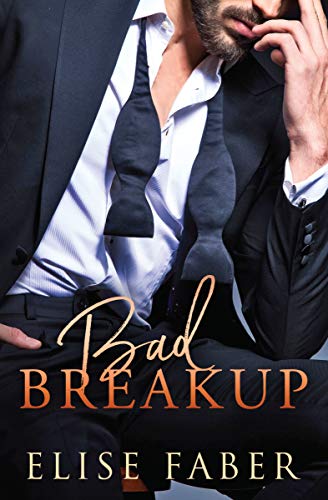 I liked the sound of this, wasn’t expecting intense, but sometimes though I love drama, angst, intensity I want something a little softer and this sounded great for that.

Sadly it wasn’t a good fit for me, nothing wrong with the writing, the characters or the story in itself, it was the characters actions that spoiled the story for me.
I don’t like the way two “so in love” characters wouldn’t even speak to each other after a major event like that, especially after they’ve already had one bad break-up. Having got past that would they really not talk about what happened? Most of us would want to know why at least, its human nature to want to know why we weren’t good enough.
That let the story down from both characters, I really liked them but didn’t feel that behaviour was reflective of the people they were – or seemed to be.

The past/present format is one I quite like, it lets me see the past as it plays out, not via a POV of someone who may have slanted opinions.
The Present in this novel covers so little time though that I just didn’t really get a sense of reality, of the seriousness of what was happening. It felt like events were very lust driven when both characters were the strong type that I felt would have wanted to know they whys of the past first.
I couldn’t see that Cecelia would have caved so quickly given what she thought would happen, and likewise Colin. Would he really have pursued her believing what he did? I know it was a pretty convincing lie that was set up, but to so easily be duped when you supposedly love someone enough to share the rest of your life with them?

Its a shame I couldn’t empathise with the couples’ actions as the story plot and set up was excellent. I could see that others actions may well lead to That Event, in just the way its described. Its the shock factor, the sense of betrayal that governs immediate reactions, not the side of our brain that says “this person loves you, would they really do that?” so a short breakup is understandable. I don’t feel either lead behaved in the way I’d have expected them to, by letting it go on not just months but years. Its hard to believe either would just let all that time pass without trying to find out what, why and how, for a couple so in Love to just let it drop, fade away without challenge.
Maybe a much shorter separation, a few weeks say, and more reality in the present actions, and this would have been a perfect read for me. Still, as always what I want isn’t what everyone wants, and this will be perfect for other readers as it is.

Stars: Two and a half. I didn’t dislike all the book, loved the characters, and the cause of breakup number two was so cleverly done. Sadly the actions, or rather the inactions, of the couple let to it being a story that didn’t work for me.