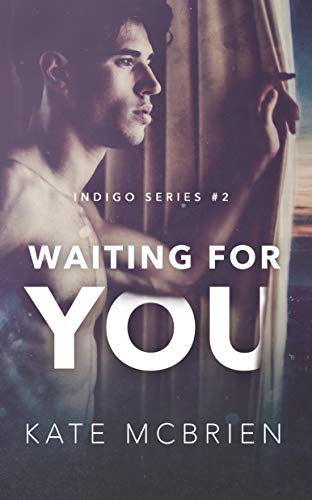 Well, at the end of book one Justin and Lucy were apart, the fame/media aspect scaring Lucy. Its one of those things that’s so hard, if she wants to be with Justin she has to accept that the fame and publicity are part of the package. Even if he gave up his music, he’d still be hounded by media for a significant time – and anyway, its part of him, part of the man she loves.
He understands her fears, blames himself for the awful events that separated him even though they aren’t really his fault and were done without his permission or knowledge. He’s left it up to Lucy to contact him, says he’ll be waiting.

Her parents though, they really don’t like him, and are determined to push Edward in her way. He’s got himself highly placed at her work too, so she’s really no way of escaping him. He is such a horrible sleaze and in this book we see more of that. I loved it, someone appearing so genuine, caring, respected outwardly, and yet behind the scenes, in the pursuit of what he wants he’s a horrible, manipulative bar- stard. That’s reality – we often see friends and family of people who’ve committed some awful crime saying it can’t be true, the person simply wouldn’t do that. But they can and do, manipulators are expert at presenting one face to the world while doing the opposite.
He arranges for Lucy to travel to London, with him of course, to deliver the Cross to its new buyer. As usual he’s moving events to suit his purpose but Justin is in London too, and Lucy is thinking its a chance, fate maybe, to reconnect. Once more though Justin’s fame comes between them with yet more horrific allegations against him. Its a time that’s testing Lucy to the fullest, and she needs to decide, trust her heart, her instincts or believe the media and of course the person behind things. I really wanted to shake her a couple of times, shout at her “c’mon Lucy, give the guy a break, he loves you, you love him” but she was so cautious.

I’ve seen criticism about the attack, that it wasn’t reported. In reality something like over 80% of attacks go unreported and given that only a small percent of those that are reported lead to conviction, its almost understandable why some women choose not to put themselves through the trauma of reporting and all it brings. I don’t agree with it, that’s what lets predators continue, but it’s reality and I can see why it went unreported.
In the same way the false allegations against Justin, that happens too, folk wanting revenge, wanting to cause harm, just making allegations for malicious purposes or attention. Sadly, things like that lead to the non reporting data, because people are afraid they won’t be believed.

The connection to the past, the supernatural element is very muted, only appears on a peripheral basis, it’s clear how events are linked re Justin and Lucy, but I’m not entirely sure if Edward is who I think he was, or if there’s some kind of turnabout coming….

Its another great installment, though I did get a bit cross at Lucy’s dithering. I adore Justin and none of what happened was his fault, sure he has a past, but he can’t change that, only change how he is in the future and Lucy needs to accept who is was, and who he is now. I did find it not quite as gripping to read as the first book, a bit slower paced, didn’t quite have me lost in the story the same way but its still a cracking read, especially from a new author.
Luckily I’ve book three on my kindle as an arc, but its out very soon, later this month, and the whole trilogy has been released within six months. I love that, hate waiting a year, eighteen months or more between episodes, its why when I’m buying I wait til story is complete before buying, so I can read all in one go, I find I enjoy the story best that way.

Stars: Four and a half, not quite as good as book one, the story lagged a little at times, but I really did like the reality of the attacks and how they were dealt with.

Arc via author and Netgally