The Wrong Kind of Love, The Boys of Jackson Harbor, Lexi Ryan

The Wrong Kind of Love, The Boys of Jackson Harbor, Lexi Ryan 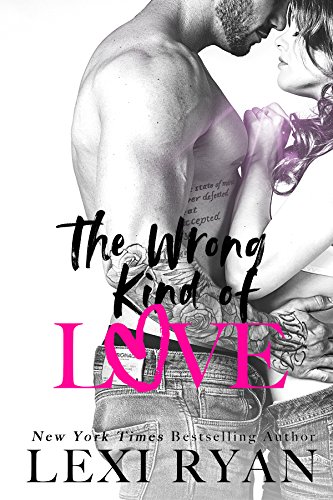 I’ve read a couple of books from Lexi, one I loved, the other not so much but I really liked the sound of this one…

I love the writing style, love the way the story unfolded, and of course the Jackson family and the folk of the town…there’s something about small town romances that calls to me. Sadly though I didn’t like either of the main protagonists and that coloured the book for me.
Nic, how much more of a wimp could she be? I understood why, felt for her past but at some point you have to make changes, but she just keeps on making the same mistake over and over, letting useless men walk all over her while she gives up everything. It seems she’s been like this since school, falling in love with men who let her down, and of course having given up all dreams of education she’s kind of lost. She thinks she’s found love once more with Marcus, who asked her to marry him after two months, and six months on its her wedding day…and then THAT happens. How can your twin DO that? Seems Ronnie has done that all her life though, Nic gives and Ronnie takes.
She doesn’t stop being like that though when she meets Ethan, lets him take from her, and then when she discovers he’s her boss she still lets him take. Ethan was a real jerk to her, I kind of understood his reactions but he needed to suck it up, take responsibility for his actions. Instead he’s laying blame with Nic.
Given she’s supposedly heartbroken from Marcus I found it hard that she fell in love with Ethan so quickly, and that he fell for her. If there had been more time, say several months I might have believed in it but this all happens in a few short weeks, about a month I think, and it was just too insta-love for me, given Nic’s past inst-loves and Ethan’s determination not to get into a relationship, certainly not with his daughter’s nanny.
The denouement is pretty much expected, and I understood the anger, but once more its over so quickly. And Ronnie…really? Nic’s still playing sucker?

The story is good, the characters great, but its the timing that’s the big struggle for me, I find it hard to believe Nic is really in love given her history of falling in love at the drop of a hat. Ethan, part of me loved him, part of me hated him, he really was an obnoxious jerk to Nic and she just took it….

I do want to read more in the series, I’m hoping its just this book, these characters and the whole time issue that’s not worked for me. I’m keen to read Teague’s story ( hopefully?) and some of the Jackson family’s futures, but not Ronnie. I don’t want to read a story that will make me like her 😉 She’s just done too much to Nic for me to get past.

Stars: Three, potentially great read for me IF the timing had changed, events took longer, and if I could be certain Nic had developed some self respect.