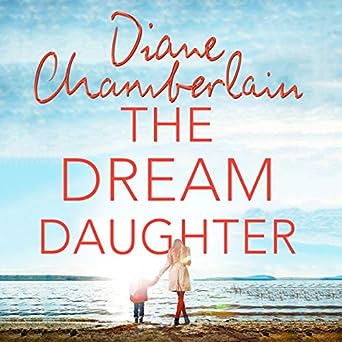 Ah no, not another “women’s fiction” classification – why assume men won’t read this?

Anyway, that aside, what a fabulous read. Enthralling, making me wonder “what if” ? Make me think about the temptation to change things in situations like this. Really though, the act itself must have repercussions and certainly Hunter is knowingly breaking the Golden rule when he helps Caroline, but then, how could he not help?

I loved the way little things were included so that the puzzle of Hunter not talking to anyone in the hospital and then seeing Caroline and getting her to help me – thus setting in motion the whole chain of events – ties up later in the novel where we find out just why Hunter talked to her while refusing help from anyone else.

The whole novel is so full of emotion, and light spots I didn’t expect, but was so glad to find. Then there’s the angst over Vietnam in 1970 to how its almost a passing historical note later. Its full of “what if” questions, what should one do if one has the knowledge, is the risk worth the benefit, how far would you go for your child’s life? It gave me lots to think about.
I enjoyed the way it was formatted too, seeing both sides of the story concurrently. I’m old enough to recall the seventies as a teen and though I’m UK not US so much felt the same, life was so much simpler then even if it did mean that technology wasn’t there to save babies like Caroline’s. My grand-kids find it incredible we had no mobiles ( well apart from the ones hanging above cots!), no computers, games consoles, only three or four TV channels….it really is a different world now. I remember thinking my grandfather must see cars and aeroplanes as strange, growing up without them. Now I’m in the other side of progress.
I understood a bit why Patti ( Caroline’s sister and Hunter’s wife)was kept in the dark about the plans, but would have felt as she did, betrayed, devastated. Seeing how the decision affected their marriage and later, her relationship with Caroline was hard, I felt so much for both sides.
I’ve tried not to give too much away but it really is an incredible read, very believable and wraps up perfectly.

Stars: Five, a perfect read, full of terrific characters, real tough sacrifices and questions about how far we will go for loved ones.