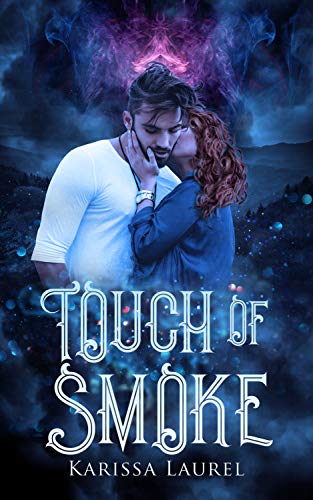 I loved Karissa’s Norse Chronicles, a really unusual supernatural series in a genre that’s dominated by vampires and werewolves. I was hoping she’d put that same unique spin on this book, and wasn’t disappointed.

This story is told in a past/present format, with a three year gap between the two time periods. I really enjoyed the way the tension is built, that we know something supernatural is happening, but not what or why.
I could see how Rikki felt that events were strange and yet like most of us, she dismissed her feelings as wrong. Well, who really believes in a supernatural answer, we’re creatures who believe in the obvious answer, and not the spooky one that we can’t really believe in.
I loved the characters, from Rikki and Mina, Owen and Luke, diner owner Rose, and Rikki’s mum who’s the town sheriff. Rikki wasn’t expecting to fall for Owen, being focused on escaping the town, but her friend Luke returns bringing Owen with him and they both seem set to settle in the town. That poses a problem for Rikki, who wants to do her training in a place four hours away….
And then the big mystery, huge events, Mina dies, Rikki can’t quite believe what she saw, what terrified her, what gives her nightmares still. She finds it hard to believe Owen could do what she remembers, but now three years later she’s ready – maybe – to face up to what she ran from, to seek answers.

I love the way it all slowly falls into place, how once more Karissa has turned to a more unusual form of supernatural entity for her story.
I loved Owen from the start, but could see how the secrets were wearing on Rikki, how she was struggling to convince herself about what she’d seen, whether it was real or her imagination, but those nightmares and Mina’s death were certainly real. And scary!
I enjoyed the way it wrapped up, it was a very satisfying ending. I hate when there are unanswered questions or solutions that come too easily and with supernatural stories I feel too often a slip of magic is used as answer and it feels too slick. I want my solutions to be hard won, to require energy, effort, sacrifice, not just a metaphorical wave of a hand. This ending was perfect.