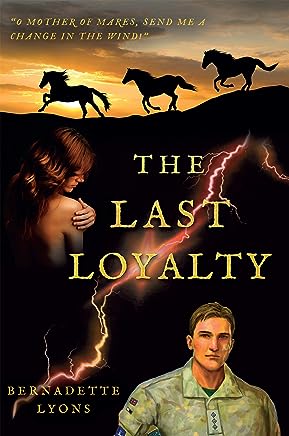 What an incredible debut read! I was blown away by this story, moved to tears by the ending, but satisfied by the way it was done even so. It was the perfect finale for this book (even if it did make me cry).

I wasn’t sure when I read synopsis if it would be a story for me, but it sounded a bit like Jean M Auel series, of which I read and loved the first book years ago. ( I might have to search the rest out now!) It does share a few characteristics via The People and the way they live, very primitively, but I feel they share more with historical Native Indians in their outlook, reverence for nature, the way they follow the horse herd, as the Native Indians followed the bison etc at different times of year.

Jessa, a classic under-dog, talented and respected as a healer, and yet ridiculed at times for her eye colour, brown, unlike the rest of the People who have blue eyes.
Hers is a lonely life, not for her the popularity among the men of the other ladies, and she’s kind of apart from the rest, few real friends, always on the fringes.
Then she gets a new patient and although he’s a stranger, a potential danger to The People, she is fierce in her defence of him. Malcolm’s uniform bears marks the People associate with Gods, and when he does open his eyes they are gray – another sign from the Gods.
Malcolm finds it hard to believe his situation, is desperate to escape and get back to his duty with the army. It’s when he looks out at night though, early on, and sees two moons and many more stars than on Earth that he realises its not going to be easy. He has no idea where he is or if its possible to return.
As time goes on and he becomes accepted among The People his desire to get back, his duty to return vies with his situation of a life he’s come to enjoy, a woman he loves, a people he respects.
And then come The Others…..and Malcolm realises that maybe he is here for a reason, that the People need him and his command of tactics to survive the upcoming battle.

Its a fabulous read, I really enjoyed seeing the day to day life of how the People live, the way the horses are so important, the way the tribe is run, the respect for nature. When Malcolm goes on his first hunt and the prayer of thanks to the Gods is said over the animal that dies, the prayer respecting and venerating its sacrifice of life, it reminded me very much of the Native Indians who did the same, and of the Scots who had their own prayers of thanks when hunting. I’ve no doubt other groups that live off the land have similar rituals, and this made the hunt feel very real.
I liked too that they didn’t just slay at random, but chose older, weaker targets, never a pregnant or nursing animal, and when the leader decided they had enough meat for survival they stopped.
All that made the People feel real to me, I loved their rituals, the way nothing was wasted, their whole way of life, tough but fair in the main. There’s a hierarchy that works, where everyone knows their place.

Malcolm slowly finds his place, and he was a man I adored, he saw in Jessa what her eye colour blinded the others to. Once he treated her with respect, as a desired woman, other men of the People saw her differently too. I was so happy at what transpired between them, at the way she and Malcolm became one unit, that he didn’t follow the Peoples custom of sleeping with any woman that invited them, but stayed true to Jessa only.
I felt I knew many of the tribe, knew them as people, as real individuals and understood their reactions. I liked that not all were good, that sometimes behind a pretty or handsome face lay an unpleasant nature. There’s a slow build up of tension between some of the characters, things that all come to a climax towards the end.
And the end- oh I really wanted a different ending, but TBH it wouldn’t have been near as good done my way. The way it happened broke my heart, made me cry but was so perfect, and among the sadness there is also happiness, not just for Jessa but for others of the People.

Stars: five, its an incredible, amazing, riveting first novel and I’m so looking forward to more from this author.