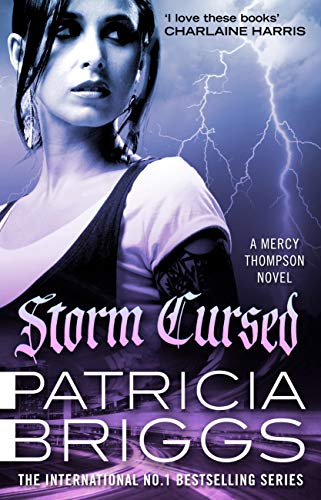 My all time favourite fantasy author, others come close but she’s still Queen of Fantasy for me, so when I saw this I just had to request it.
I’ve read and reread all the books multiple times and even now find things I’ve missed on previous readings. Its a fabulous series, and unlike some that go on to become long running but tired, its still as fresh as the first one.
Each story is complete but part of a long term story arc.

What I love about good authors is the way they bring in what I think of as story seeds, the little hints that are easy to miss, that become part of bigger plots further down the line, sometimes books later.
Sherwood Post is one of those, we met him a few books back, he’s grown in person as we meet him more and he plays a big part in this book. Being a fellow leg amputee I have a real soft spot for him, and it was great to slowly see more of him in this story.
He’s had a tangled history with witches, can’t recall his past but retains an awful lot of instinctive fear about witchcraft, so its probably a psychiatric issue more than physical one but who knows? The brain is a curious organ. Where usually werewolves can regrow body parts, his leg presumably was spelled in some way and hasn’t regrown. I feel for his struggles, and although he has a below knee amputation and mine is most of my leg his struggles are real. Patricia clearly either knows someone like this or has done research because unlike in so many books ( Horse Whisperer anyone?) Sherwood’s physical issues with his missing limb and prosthesis are genuine. I know, having struggled over the same things. In fact when he talks about his socket for his prosthetic I knew exactly what he meant, it was suggested as possibly suitable for me by a doctor in the early days, and though my prosthesist disagreed he made one anyway, so I could try and he was right. It was incredibly comfortable and perfect for those only missing below knee, but for people like me the weight of a whole limb was too much, and it just wouldn’t stay on 😦 I love that Patricia didn’t just give Sherwood a false limb, but made it the right sort for him. Small touches but those are what make her books so incredible to read for me. I can believe in them, can believe in the weird and wonderful types of folk she dreams up.

Once more its am amazing story, full of suspense and yet lightened with touches of humour ( nudge!!). I love that she brings in so many parts of past stories, and weaves them seamlessly with the current one. So here we’ve Mercy and the wolves still dealing with her perhaps rash proclamation, but the right thing to do, offering protection to the inhabitants of the Tri-cities. That brings in everyone in this story, the Pack, Elizaveta and her family, the vampires, and of course the Fae, including my much admired Zee and Tad. Zee’s actions here reminded me very much of his earth affinity that allowed Mercy and the others into Underhill several books back. I enjoy that kind of continuity.

Wulfe is in this story a lot towards the end and I’m kind of confused about how I feel over him. He’s a real mix, we’ve seen his seemingly uncaring, blase attitude to his menagerie, and to humans in general, his lack of loyalty to the seethe possibly in the Frost book, or maybe he was playing a long game, his strange abilities as the Wizard, and yet he seems to have a thread of doing the right thing running through. Is it because of morals ( unlikely) or just that it appeals to his sense of fun, his fondness for causing change, stirring things up? A bit like Coyote you never quite know whats behind their mechanisms. I guess its part of that long, hundreds- maybe thousands- of years of life, they like entertainment to relieve the ennui that affects some.

Mercy, well, I’ve loved her character right from the start, overlooked so, so often by Wolves, Witches, Fae and humans, yet she’s incredibly intelligent, with the strong sense of morals that guides her, and somehow gets others doing whats right. Adam ( swoon) has always seen her value though, and respects her even while he’s terrified for her as she veers into life changing difficulties. He knows that while he’s love to keep her wrapped up safely away from danger that’s not who she is, and their relationship would suffer so he respects her decisions and always has her back.
I hope she and the others have got lots more stories to come, this world Patricia has created and its evolution can take much more yet before the story gets old.

Stars: five of course. Another riveting read, taking me on a wonderful journey into another world. A book to get lost in, to leave reality for a few hours and immense myslef in the Tri-cities and its inhabitants.