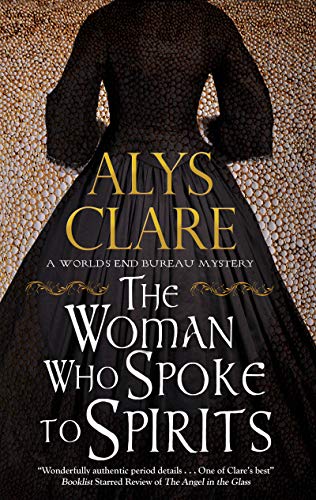 I love this kind of historical read, one where I feel I’m part of the setting, can taste the atmosphere, really feel as if I’m there in past times with the characters. It proved t be a light and enjoyable read. This is first in a new series, I’ve read a couple by Alys and enjoyed those, so was confident I’d like this one.

First books in a series have a hard ask, delivering characters, new settings along with an interesting story, and this book did that really well.
I’m intrigued by Lily’s past, we get hints of some awful trauma but I guess that’s going to come out more in further books. Likewise her new hire, Felix, has his own somewhat mysterious past. We know some of it, but there seems much more to him that just a down at heel former rich kid. He has so much experience of different things, and I’m keen to know how and where and when he learned all this. He seemed so much older than his actual years.
He and Lily make a good pair, work well together and even though in those times its odd to have a female boss, he makes it work, being deferential without seeming obsequious, and yet standing up when its needed. I feel maybe in further books something might develop between them but there’s little here except respect and a possible growing attraction. I want to know more about the guy in the houseboat – forgotten his name, but though he and Lily have only met a handful of times they have something special maybe? Or perhaps I’m reading things that aren’t there 😉

The mystery this is based around is actually two stories, there’s the one about the actress, the stage and young Julian, and then the primary one of Albertina and the evil she senses is out for her. That had me completely puzzled, I simply couldn’t work it out, though of course after its over I could see the clues Alys had cleverly weaved through. An original tale, not one I’ve come across before.

Stars: Four, a fun read and a great intro to the series.