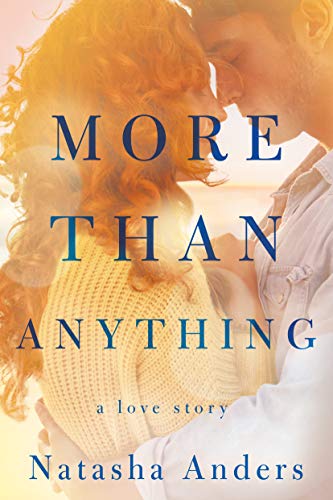 I’ve enjoyed a few of Natasha’s stories now. Sometimes I just want an easy, non taxing romance with a HEA and her books usually fit the bill. I didn’t enjoy this one much though, it wasn’t a bad book, I just found I couldn’t really relate to the characters or their problems.

I love an under-dog, and Tina seemed just that. She had an awful experience at 18, but unless she was incredibly naive I find part of that plot hard to believe. Likewise staying celibate for next ten years? Why? Still hating Harris for what happened even though as a close family friend they seem to be in constant contact some way? Then there’s the crux of that issue, her weight, but she doesn’t seem to be anything more than an attractive, curvy lady.
Though I like the underdog character I want them to have some spirit and Tina just came over as whiny at times, no backbone, just constantly blaming everything on Harris, when they guy didn’t know half the story.
Harris, I didn’t understand why he didn’t ask why Tina was so cold to him after The Event. He knows what happened, its not hard to guess why Tina was friends before and blanked him after. Why didn’t he just apologise, ask her why she was so different? I just found the idea of adults holding a ten year grudge hard. I’d just move totally away if I felt that strongly, but Tina seems to have had contact via family but kept on silently with the recriminations.
Then after a ten years of holding in that grudge its over quickly, and that didn’t feel right. Her friend Libby and Greyson too, their issues being the secondary plot-line, was kind of over and done without any real justification of the resolution. If I was Libby I’d have been gutted at what happened, it would take a lot of hard work to forgive and I’m not sure that kind of accusation could be got past.
I didn’t understand why her family were so harsh on her, it seems to have been almost since birth, and the failed businesses were just an anomaly in the book IMO. They didn’t add anything to the story, just filled pages and gave her supposed close family something to beat her with.

There’s another part of the story that did make me feel really sad for her, and having experienced something very similar I could understand a bit of her reaction. Again though, she has the money, she’s been to counseling, and when its affecting her friendship with Libby it needs dealing with.

Stars: Two and a half. I liked the premise, usually enjoy Natasha’s stories but this one just didn’t cut it.