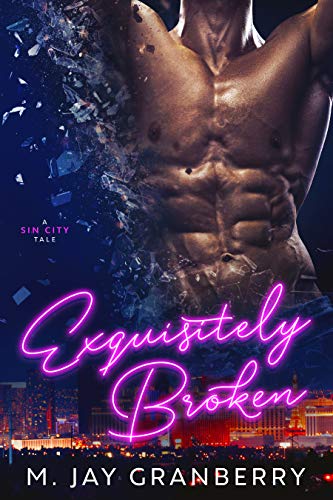 The story is told in three parts; today, four years in the past and ten years in the past. At times that was irritating, frustrating, there’d be something climatic happen then next page we’d be in a different time period. I don’t really see another way of telling the story though, other than giving it all away at once, and that wouldn’t make good reading 😉

I wanted to know what happened to split them up, after all six years together is a long time. I know he cheated, Sin tells us that, but I wanted to know exactly what happened, why, how long etc. When I did find out what went down I was a bit confused. Why? Was it a one off or ongoing? Was that the only time? There had to be a reason, was Jake just getting cold feet? Was he just arrogant thinking he could do it just because? I feel that part of the book needed more work, more fleshing out.
It was such a huge part of them and the story but kind of glossed over. “oh, he cheated, right, on to next plot.” It wasn’t treated with the awfulness cheating is, and Jake didn’t seem to appreciate just how his actions affected Sin, it was as if he felt it was in the past, she should forget it. I’d always worry though, if he could do it once, he could do it a second time. It made Jake into a person I didn’t really like, and it took a while for that to change.
Sin is so loyal to her friends, has worked hard for her success but her heart is still with Jake, she hasn’t really got over their break-up, and now she’s within his sphere again he wants her back. I was a bit undecided though, was her really worthy of her? I guess without knowing what went wrong I wasn’t convinced it wouldn’t happen again. Sin though is stronger now, and not just going to roll over.

We meet Jake’s family too, his dad isn’t so bad but his mum, what a piece of work she is. That’s fine by me though, I just love a nasty character on a book, makes the story so much more interesting 😉 I did feel though that Jake needed to stand up to her more, to stand by Sin, to tackle his mum about her past actions and her current attitude.

There’s lots going on in this story, some terrific characters and its a great debut read, but for me it needed a bit more – I needed to feel that Jake really regretted what he’d done. I felt he was sorry for it only in that he lost Sin because of it, not that he actually saw anything wrong in his cheating. There’s an important difference there, and its the one that makes me certain it won’t happen again.
I needed him to stand up to his mum too, to tell her to not interfere in his life, for him to stand up for Sin, rather than just let things play out and – kind of – apologise foe his mum after she’s been her usual unpleasant self.
Stars: Four, a great debut read. A few parts that didn’t work so well for me but I’ll be looking out for M Jay’s next book.