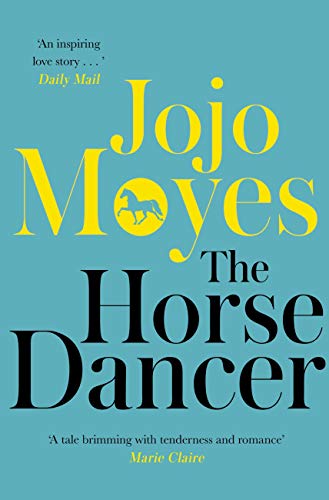 ….anyway, the book. Its my first Jojo Moyes read, I was put off after reading that Me before You had a sad ending – for me I like a happy ending. But as a lifelong horse addict I felt I needed to read this book. I’m a real dressage lover too and the Spanish Riding School and the Cadre Noir were my childhood dreams.
The horse parts were well done, very believable and I know there are little backyard stables such as the one where Sarah kept Boo. The legal stuff, I’ve seen some criticism of that but to back up Natasha’s character and actions we needed that in a certain amount of depth.

The issues I has were that for a long time we had three stories, the initial one of Henri and Florence, then Natasha and Mac, then Sarah, and it was well into the novel before the three converged and made sense to me. I didn’t really like the characters either, Natasha, I felt for her and what she’d been through but she was very closed off. Mac, I guess he also was affected and sometimes tragedy brings couples closer, sometimes they fall apart, I just found it hard to believe that such a strong attraction, how two such intelligent people could let themselves drift away. Sarah, I wanted to like her, she’s been through so much, but I guess that made her what she was, and I found it hard to warm to her.

Its a well written novel, not the dumbed down type that so often dominates, but I need to feel a connection to the characters and I just didn’t. The story seemed incredibly slow too, I like long novels but so much of this just felt like filler to me, made me lose attention. On top of that long, drawn out story I then felt the ending was way too brief, rushed almost, and I didn’t have time to mentally adapt to all the changes and accept the turnaround.

Stars: Two and a half. Loved the horse interactions, and Mac’s photography, but just felt the main part of the novel and the characters didn’t really connect with me.