The Ingredients of Us, Jennifer Gold

The Ingredients of Us, Jennifer Gold 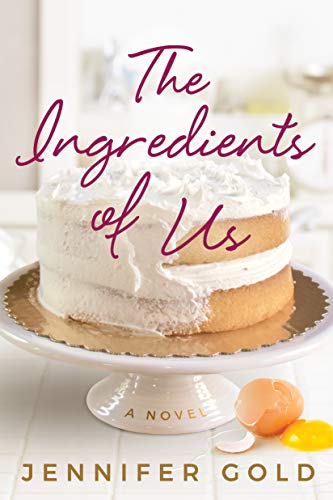 Well, I found this a bit of a weird book for me. I was expecting a romance, after all the blurb says this “a delicious novel about the sweet and sour ingredients of life and love.” Its not though, its a book about…Well TBH its hard to say what its about. It jumps from different times, years past, recent past, and of course the present.
Her marriage is stale, and its no great surprise that husband tom strays. yet even then they don’t have a big row and one move out, they’re still house sharing in a cold war of ignoring each other.
The bakery and her partner and best friend Bonnie play a big part in the novel, and there are recipes from Elle’s binder. There’s a weird bit involving Bonnie and her husband, from when she first met him, that Elle seems to have carried for so long, and to her its mega important. It colours how she acts with Charlie, even now years later, and just felt strange to me. I’m not really sure why it was included, it didn’t seem to have any real connection to events in the story.
Elle herself is a curious mix, lacking confidence one moment, full of it the next. I didn’t dislike her, but I’m not sure I liked her either.
We don’t really ever get to know Tom, except that given his first marriage broke up from his wanting kids and his wife not wanting them I’d have thought that’s a conversation he and Elle would have had early on. Clearly they’re also on different wavelengths here, and that’s a huge problem in a relationship.
I didn’t feel any great love between them, wasn’t really surprise Tom played away ( though I never condone cheating – at least try to fix a relationship first). Its a slow progression of life in the months after with flashback to when they were together. They never at any point explore why Tom had an affair, what went wrong. Tom just stays in the background while ellie feels incredibly self righteous, and yet isn’t really any more moral in the way she treats Liam? Oliver? I can’t even remember the guy’s name, just that he’s way younger. I don’t have an issue with younger men, no one bats an eyelid at younger women, but in both cases I like to see them treated properly, and yet poor Liam/Oliver doesn’t really stand a chance. It feels to me he’s really just someone Elle uses to take out her feelings of frustration, to make her feel good about herself, her desirability. He’s after sex at first of course, but it seemed he was trying for more, but Elle just dithers about how she feels never considering his needs.
I finished the book, but at the end I felt underwhelmed, it didn’t seem to have any clear resolution, just a possible one. I felt I was reading an extended part of a wider novel, not a complete book. Its fine for others of course. Its well written, but the content just didn’t work for me.

Stars: Two, I didn’t really like Elle and felt I simply didn’t know Tom. The story itself felt as if I was reading and extended excerpt.