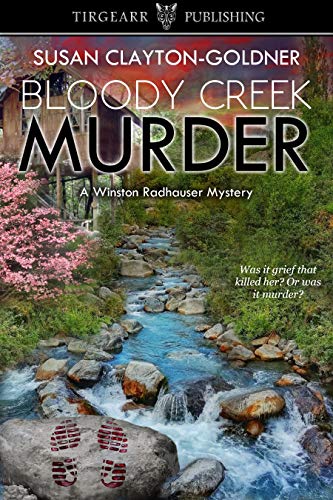 Well, by now Radhauser is feeling a bit like an old friend. I know if ever I had need of the police I want someone like him on the case. He’s moral, dedicated but not one of those folk who want to find someone to blame, anyone will do, for him it needs to be the right person.
This book shows too well the pressures the police often face by the media to find a culprit, but like Radhauser I feel finding the actual person who did the crime is important, not just someone to keep the police looking good in the eyes of the media. In this day though, when appearance is all, when money, elections, voting and popularity are so important its simple to be sucked in and take the easy route, not necessarily the correct route.

Once more Susan delivers a well written and complex story, with multiple possible culprits, and side plots that at first seem diverse but which slowly link up. I’m hooked as ever trying to work out whodunnit…and even with the benefit of knowing more than Radhauser what went on, it still took me some time before I could finally piece all the parts together.
Its not as simple though as finding the murderer, but finding the motive too, and of course that brings in so much of the past, of hard times for the people concerned, that my emotions for them were all over the place.
I like this kind of mystery, where we look at why as well as how, at what makes people do things, why they act that way. I want to get to know the characters, their feelings, what drives them, and here they were so well drawn I could visually picture them, really got a sense of who they were.
The secondary plot too, involving one of Radhauser’s cold cases, was incredibly moving, and the epilogue for that was great to read. I’d like to think that if this happened, and I’m sure it does, that it would end like this. Hard for all concerned to do the right thing.

Stars: Five, another cracking story that had me gripped. I think you’ll get more if you’ve read earlier Radhauser novels but having said that, this could easily be read as a stand alone book.