Nothing But This, The Broken Pieces Book 2, Natasha Anders

Nothing But This, The Broken Pieces Book 2, Natasha Anders 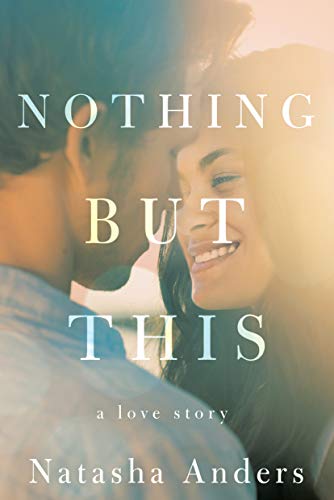 I usually enjoy Natasha’s books, but the first in this series just wasn’t one for me. However I was intrigued by the taste we had of Libby and Greyson’s story.

I found this one a much better fit for me, and really enjoyed reading about Greyson’s desperation to win back Libby and Clara.
From the first book I was astonished at Greyson’s actions, and remember thinking he’d have a heck of a lot of grovelling to do. Could you ever get past what he did, what he accused Libby and Harris of? I’m not sure I would. Yet even feeling like that about him, as the story moved on I began to understand him, see just what made him the way he was. The parallels between him and Tina when it came to making friends, set against Libby and Harris’ easy camaraderie, the way talking to others came so naturally to them made sense of the way they all were as individuals, and made their actions more understandable.
I wasn’t entirely convinced Greyson could just relocate his business, suddenly have all this free time, but maybe he was just time filling before rather than actually busy, that it fitted his excuses for avoiding Libby.
Still, it worked, and gradually things began to move forward. As always though it was one step forward and two back, and I was with Libby all the way when she really made him work for it.

Stars: Four, If it was just Libby and Greyson I think this story wouldn’t have anywhere near the impact, but seeing the two couples and the way each person had separate issues, made the story far more enjoyable.

Tags: contemporary, contemporary romance, Natasha Anders, Nothing But This, The Broken Pieces Book 2