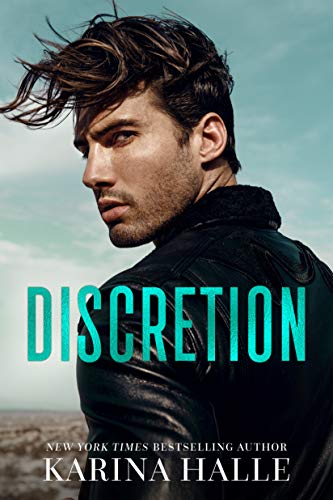 Karina is one of my must-read authors, ever since I stumbled upon the wonderful experiment in terror series, and then of course her contemporary romances. Lately though, I seem to be on a different wavelength, I started but abandoned Maverick, and if this hadn’t been a review book I’d have done the same.

I wasn’t convinced in the insta-love Olivier had for Sadie, though its the kind of start I usually love. Then there’s the way she throws all caution to the wind and stays with him. Would you? I know some folk would, I just didn’t get that vibe from Sadie though, that she’d risk all on a stranger. Gorgeous, seems kind and filthy rich but a stranger non-the-less.
Throw in Olivier’s family, the sort of nasty characters I usually adore, and this should have been perfect for me. I just didn’t really understand why his mistake, his big secret, still affected him so much. Its played that letting it out would hurt his father and his sister, but his actions in abandoning that side of the family business seem to be hurting them more. Plus, he’s rolling in cash, folk like that are usually rolling in lawyers too 😉 and I’m sure one of them could have found a way out of the Big Secret. Frankly, I didn’t think it was something that would particularly shock his family anyway….Throw in that towards the end the drama, the secrets, the whole story line goes a bit OTT, and this just wasn’t a book for me.

The romance between Olivier and Sadie does wrap up, sort of, though it takes til nearly the end. However I still didn’t really think the dangers had gone, it was a bit call-my-bluff, OK bluff-called, but the threats and risks were still there IMO, folk like his family don’t just give up.
I guess that’s for the later books, I’m not sure if the next book(s) detail more of their story, or go on to another family member. I don’t like the kind of ambiguous ending of this one, so think there’s more to come from them, but I could be wrong and their story finished.

Stars: Two and a half, there were bits I enjoyed, Karina’s writing style works well for me but this book seemed a little OTT and choppy somehow. Much depends I guess on the next book, that may make me feel differently about this one, depending on what it contains.