Lie with me Philippe Besson

Lie With Me, Philippe Besson 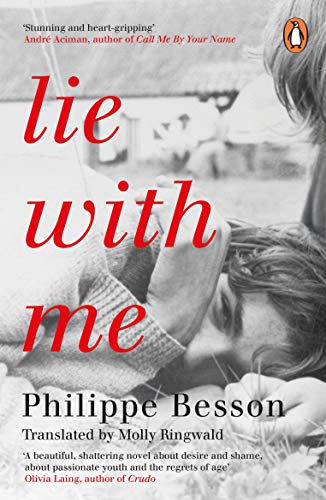 When I started this I wasn’t sure if I’d like it, the description is pretty short on info, but its not a long read and something just drew me to it.
I thought for maybe the first 25% I’d made a mistake, I didn’t really like the way it read, mostly long monologues by the author interspersed with short snippets of dialogue between him and Thomas.
I struggle with that kind of read, for me dialogue telling the story works best, the show not tell approach, and yet as I continued I became engrossed in what was happening, worried for the boys, emotionally invested in the story. First Love is hard, and what they had and the need for secrecy made it harder.
I appreciated as I read more that actually this approach was the best way to tell the story and by the end I was in tears, its so incredibly sad.

I wasn’t – still aren’t – sure if this was really an autobiography, the book is dedicated to Thomas Andrieu, the name of Phillipe’s lover, and set in the village where he grew up. Someone on goodreads says its actually autofiction, short for autobiographical fiction, or fictional memoir. Apparently that’s very popular in french fiction.
If even a bit of it is true then what a sad tale, I’m so incredibly sorry for what the characters went through.

Whatever, its an amazing story, very moving and I’m so glad I did read it. Even if it made me cry at the end.
Its a story that could be mirrored today, but back in the 1980’s homosexuality was still very much hidden by far too many people, too scared to live their lives the way they wanted, and sometimes I’m not certain we’ve really progressed that much.
Though we like to think we are liberal minded just think of the furor when a footballer, or someone in another popular “mans” sport comes out. Think of the homophobic chants on the terraces, the people facing abuse every day. If you live in a small village or town think of how hard it is to be different, how just maybe its easier to live a lie, rather than face daily contempt and bigotry, possibly within ones own family….One day.
Anyway, I understood why there was all the secrecy but at the end all I could feel was how sad, the loss of potential happiness, the lives that could have been lived, the happiness Thomas and Phillipe could have had, and that’s kind of why it made me so choked, so sad. Just the waste of lives that never had a chance.

Stars: Five, despite my misgivings its an incredible read.