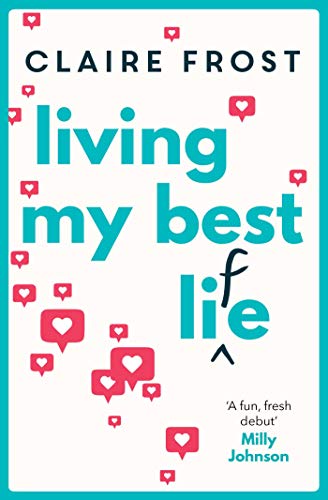 Anyway, other than that moan what did I think of the story? Well, I’m conflicted, there was a lot that felt very true to life, and for me that’s really important, but I felt that there wasn’t really a main thrust to the book, a central plot I could really fix on.
There was Bell and her struggles with the ex, her having to pick up her life and restart when she though she’d be getting married, was settled for life. Millie, living the dream from her online presence, but in the real world struggling as a single parent, with an ex that’s unreliable, and she’s always watching the pennies. Bell’s workmate and friend Suz, and her girlfriend Els seem to be going through a rough patch, and then of course there are more folk we meet along the way.

I enjoyed the story, but I was hoping for more romance, though to be fair the description doesn’t say that.
I just felt we were going along with Bell and Millie in their daily struggles, but apart from the raging success of the community centre fete, which was great fun, I didn’t feel we ever got past that onlooker, voyeur, feeling of their daily lives, when what I wanted was to be part of it, and for there to be a more central hook.
It wasn’t a book I was gripped with, wondering what would happen, more one that I kept putting aside, picking up and trying to read a bit more. That’s maybe down to me, its well written but the content just didn’t really engage with me. Maybe just a little too much going on…Bell and Colin, Suz and Els, Millie and Louie, ( and Wolf – loved that kid!), the folk from the community centre, the blogging side, though we never really got further with the internet trolls, it just seemed there were several lines of interest but none really treated in depth and for me they were fighting with each other a bit. I wanted one to stand out more and the others to support it.
Like I said though, that’s just my view and I can see others adore the story as it is. Horses for courses and all that…..

Stars: three, a fun and very topical novel, but for me it needed a bit more of a central theme.
Arc via Netgalley and publishers