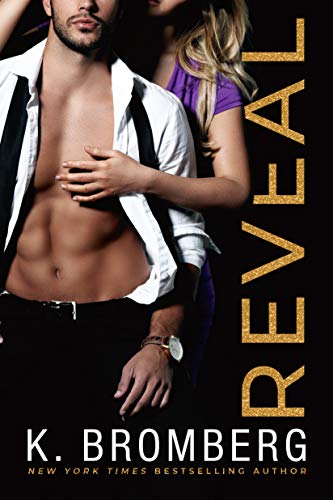 Confession time: I loved KB’s Driven trilogy, which I read years ago, and I’ve enjoyed several of her follow up novels, so when I saw she was the author of this book I dived in and hit request. Wasn’t til it was on my kindle I realised it was second part of a duet. Luckily book one was on KU so I borrowed that – loved it BTW – and went on to this.
What I love in a story is romance, but I want a novel that delivers more than just A meets B, and after a few struggles they live happily ever after. I want my characters to really get put through the mill and KB delivers all that in spades.

I loved Ryker, the type of guy you hate until you see beyond his surface, and when he meets Vaughn he’s hooked, though he doesn’t yet realise it. When we learn about his background its easy to see how that has influenced not just his career, but his whole way of living, and until he meets Vaughn he thinks he’s content. Now he’s seeing that he can have more – if he’s brave enough to try. Vaughn though, that girl has some real problems….
I adored Vaughn, been through so much with the loss of her sister, with the awful family situation they had, and now she’s determined to get custody of her niece Lucy, who has learning issues. Lucy is just adorable and loves Vaughn so much you just want things to work out for them, but life is stacked against them. Its hard already with Vaughn working two jobs to pay off the huge debts she ran up for her sisters medical care. Of course one of those jobs has to be kept quiet, hidden from social services, but that’s the one that’s bringing in the money.
Slowly the worlds she tries to keep apart start to collide, problems from her secret job start to create real issues to her custody application, and to her safety. She has secrets on all her clients, but some are bigger than others, and one in particular is bringing her into real danger. She can’t trust anyone, she thought she could trust Ryker but the events at the end of book one threw that into confusion, and left her distraught and feeling so alone.
This book is action packed, full of drama, of secrets, of issues that seem to come between her and Ryker, even though its clear they are totally in love ( and lust!!!) Can they make it through, will her adoption of Lucy work out or is it all doomed to fail?

I had anticipated a few events but there were some that really threw me out completely, and the action – bam, bam, bam, with scarcely a break before she gets hit with the next problem. I so felt for her, I don’t know what I’d have done in the same situation to determine what was the right for her, Lucy and Ryker, but I was so holding out for them.