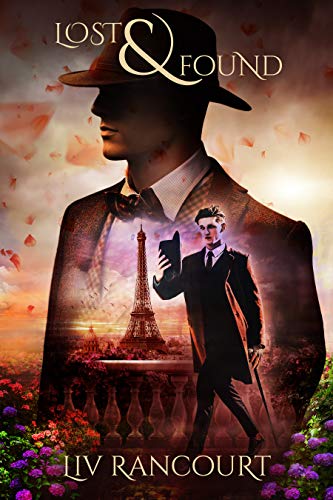 One of the reasons I love LGBTQIA reads is that the romance that always seems to have that extra edge of passion. Maybe it’s because of the barriers, historically it was illegal, punishable by prison, and even now in our supposed enlightened terms its still frowned on. People still carry that bigotry and make life difficult for those who want to love outside what they feel is *right*. Sad isn’t it that we can’t all just live and let live in real life. Still, it makes for some fabulous fiction.

When we meet Ben its clear to see the War ( WW1) has affected him mentally, but of course its an age when such things were not only largely unknown but unspoken too, and he’s kind of floundering along, single mindedly searching for his childhood friend Elias. He can’t explain why he needs to do this for a friend but he just has to.
Its clear to the reader than they had more than just friendship, but in times like those Ben seems to have shut off his mind to the possibility that they were more, that he is attracted to men. Who can blame him when any hint of liking your own sex carried the taint of Unnatural, the threat of prison, the ostracising in society and employment prospects. Awful isn’t it that we could send people off to war, to die for their country but not let them live as they chose.
Louis is also a tenant in the building where Ben has rented a room, and at first he seems so surly, dislikable, rude. Yet their landlady is one of those who gently interferes in folks lives, caring about them as friends, really looks after her tenants, and somehow she engages Louis to help Ben. Together more they start to understand each other, learn about the things that plague them both, and Ben discovers some surprises about himself that he’d locked in his mind.

Its a wonderful story, a beautiful romance, with all the period details that allowed me to feel there with them. Books like that work best for me, where I almost feel part of the story, and am happy or sad along with the characters. Its not just Ben and Elias but a host of others here that made the story so real, they became people I felt I knew as friends.
At the end Liv talks about the story and says a certain part was at the suggestion of her agent. I’m so glad she took that advice, without that section it would be a good read, with that addition it becomes a great read. That part really moved me, let me understand Ben more, made the feelings between Louis and Ben more concrete, made the problems they faced more real.
I love it when a book delivers a love story but makes the characters have real issues, face seemingly immovable barriers to their love, and lets those problems take over a complete section of the story, not just a couple of pages. Ben needed that, I needed it 😉 and it really made the ending more satisfying.