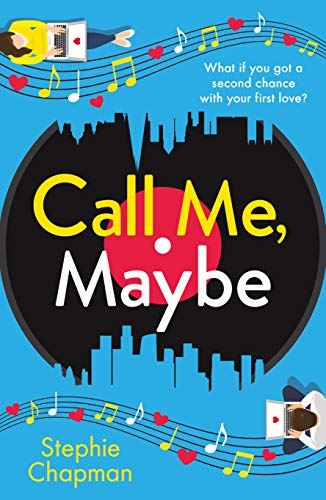 Bah, Humbug. Women’s Fiction – that infuriates me. Why do we insist on having such an outdated category?
Well, that’s out of the way so on to the book…I liked it, a lot, but didn’t Love it. And I’d expected to, its got one of my favourite tropes.

Its got some fun characters, some humour that lifts parts and the potential for some great drama. I just didn’t feel it lived up to that potential. There were characters that were fairly major in parts who then just dropped away. There’s the mystery of Franco and its demise, which was kind of storm in a teacup when finally revealed, and the actions of some of the family over that seemed a bit OTT.

I was never really convinced of the romance between Cassie and Jesse, it seemed kind of insta-love and yet although they’re talking online they’ve only met a couple of times before they’re in deep….They were good together but I didn’t really feel I knew either of them well enough, and didn’t feel they knew each other well. Hot sex doesn’t make a relationship work, you need more.
The relationship between Cassie and her best friend for years seems rocky at times, and there’s no real explanation – like the romance issues its kind of hinted at, there are hurt feelings and then all’s OK again without any real exploration of what went wrong.

That Big problem, yes I can understand Cassie’s reaction at the way it came out, but TBH given that the real circumstances aren’t yet clear, no one has asked, or even really bothered to find out the essential question, and as it all happened well before Cassie and Jesse were in contact it seemed again an OTT reaction all round. By the time it had all happened simple maths would have given the answer too….It seemed too as if all the relationship issues were put down to that one problem but they had much wider ones, ones which if they didn’t explore would simply reoccur. Jesse cam close to seeing some of his issues but I’m not sure he was willing to look at changing them though. The same for Cassie, she recognised that maybe she’d over reacted but given similar issues I think she’d still be the same. I guess for me its back to that build a relationship – they didn’t really, but went from online chats to full fledged all in, and that middle part, the getting to know each there, is so important.
I did like Holly, I do adore a “good” nasty person, and she was a queen bitch! I wish there were more like her in books 😉

Stars: three and a half, a lot of potential, but for me it didn’t quite hit it.
Arc via Netgalley