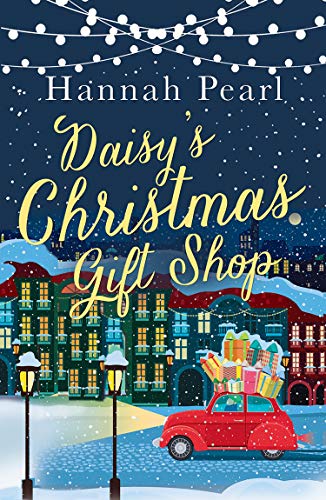 I loved the characters here, geeky Ben, who seems bit of a strange guy in a way, he’s got some strange quirks in how he relates to people and social events and yet with computers hes a genius. He reminded me a bit of someone on the Autism/Asperger spectrum with his single minded focus on problem solving, his OCD tidiness and dislike of loud noise/arguing. It was good to see someone like that in a novel, to show that people are more than their disability, whether mentally of physically and have value to society. I understood his frustration at the way Eli and his family were overprotective, even as I understood their need to look after him. Its all done from Love but doesn’t stop it being frustrating.
Daisy was wonderful and her shop adorable. I’d love to have a place like that. Her friend Lily was great too and her shop – well, it made me smile so much and the teddies….especially the one that gets involved in the adventure! Loved it. Of course there’s Eli too, Daisy’s long time love, even though it came to nothing. He’s a goregueos guy, but I felt I needed to understand more why he felt the way he did about love, why he clearly feels strongly for Daisy yet has spent years chasing after every other woman. Cody, she came in later in the book bur was another terrific character. There’s one person I did not like, and an action of Ben’s that just didn’t really feel right to me, some was due to just how he is, but part felt just wrong. Still, I’m sure its perfect for others of course, everyone likes different stories.
That’s the issue I had though, I loved the characters, loved the, they were so well drawn, I felt they had so much to give and yet the story just didn’t do them justice for me. I felt it was a long chase of and about nothing, just drawn out and a few comedic, almost slapstick elements thrown in. It just didn’t feel real, seem genuine, and that’s an issue for me. The ending happened so suddenly that even though it was the result I wanted, I felt it was there and gone, far too quick.

Stars: Three, an easy read, wonderful characters but the storyline fell a bit flat for me.