To the Stars and Back, A Glittering Romantic Comedy, Camilla Isley

To the Stars and Back, A Glittering Romantic Comedy, Camilla Isley 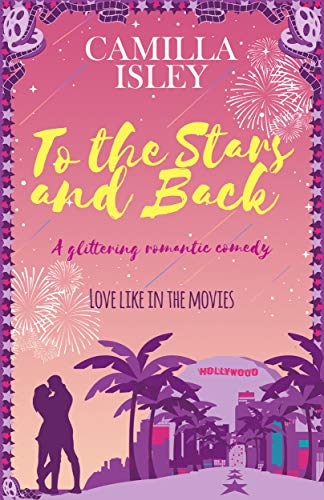 Well, this is book four in the First comes Love series, but each book is a stand alone although part of an interconnected series via the characters. I’d not read any of the others, but really enjoyed this as it was so don’t worry if like me you’ve just dived in and not realised there are earlier books.
I love this type of read and enjoyed this novel, but there wasn’t any gut wrenching emotion or drama from the nasty characters that I do love to find in this trope. Everybody is so nice, and while that’s good to read, I’m the sort of person who wants a few of the mean girls in. Not everyone does though, we all want different things.

I loved Christian, so unassuming, so genuine, and yet he’s been famous and wealthy for so long he has lost touch a bit with everyday life. ( The handbag, perfect example). Lana is a bit the other way, very in touch with day to day issues, a fervent environmentalist, she sees Christians spending as frivolous excess. At times that meant he’d tried to be thoughtful, but his actions were misunderstood, not always appreciated. There’s a balance, and though I agree with her on so much, at times she did come over a bit self righteous and judgmental.
I liked that she was unaware of who he was, so blasé about fame. Like her I don’t have a TV, I read, not watched TV for years now so fame and famous people only comes to my knowledge via online news, and TBH I don’t bother reading most of it.

I wasn’t entirely convinced they fell in love quite so quickly, she’s just come out of a long term relationship which had admittedly run its course, and he was decrying Love as a fantasy at the start of the book. Its a fun story, very real at times, with great characters, including the secondary ones, and I did enjoy it.

Stars: Four. Not heart-stopping drama but an entertaining afternoons read.