Indie authors need readers support, and if youre a lover of dystopian type fiction this may be for you. Its out now at £3.99 and also available on KU. 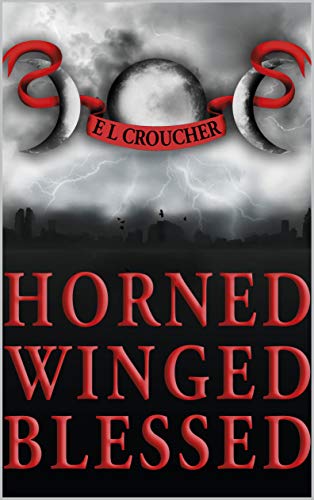 Horned Winged Blessed opens in a post-world war three world,with an all-female, all-wiccan government in charge. They are known as theSilver Party, and have led Broken Britain through the war. Now, they are pavingthe way to a utopia in which hate crime and sexual assault are things of thepast.

One of their biggest and most profound laws is the law of 3×3. Three genders,and three sexual orientations. Men are now called Horned ones. Women are called Winged ones. Lastly, every other gender is grouped together as the Blessed ones.
The story follows the protagonist Joan Wood’s journey tounderstand the issues within this society and eventually finds her taking itdown. She is the daughter of the founder that started the Silver Party, and shestarts the novel under the illusion that this is indeed a utopia. However,after various attacks on her home from the rebel party the Grounded, as well asvarious friends warning her that life isn’t a rose-tinted as she thinks, she becomes aware that the Silver Party, and her mother, have indeed taken things too far, and many of the non-binary folk in society feel oppressed and labelled.
In the later half of the book, Joan actually finds her way to the rebel faction, and joins them in their aim to take down her mother and bring a true version of gender equality and LGBT liberation – rather than the erroneous attempts at such by her mother.The book ends with a showdown between her and her mother, eventually with her prevailing to crack her way through the Silver Party, with the help of her Grounded comrades.