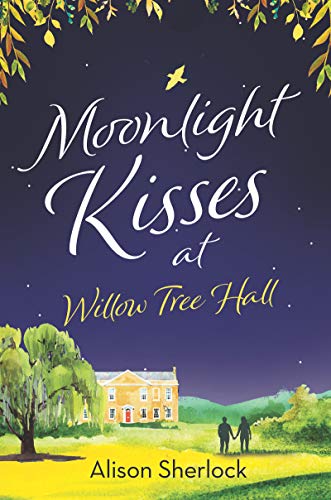 Anyway, after having read the first three books this one was like meeting old friends again, with new ones in Jack and Lily. Although all the stories are connected you don’t have to have read them, each are stand alone romances, but if you have read them it adds a bit extra to the stories, seeing how couples are doing some time on from when we left them.

So many things about this book resonated with me, I share Lily’s List addiction, I have lists for everything. I don’t have Lily’s control issues though, I understand why she does but it makes things hard for those around her and in the early days at the Hall it makes it hard for the family and for Lily. She means well but its simply not working out.
I loved how all the characters pulled together, how the villagers rallied round, how Hazy Memory and the wonderful Alex were included in this story, not family but almost family by adoption.
Rose – I want to be here when I’m older! I adore her. When she’s talking about her Tinder dates and her sex life and grandnephew Sam makes an abrupt turn for fear of hearing more….Arthur, still the benevolent patient Earl, who sees beyond the obvious, who’s at much at home in Bert’s shed as he is in the stately grounds of the Hall.
Jack and Lily, a couple who are perfect but have past issues to get over first. Their backstory affected how they were today, the needed to look at that, understand it, before moving on.
Its a lovely story, full of little side plots and issues, of everyone pulling together for a common cause, of mishaps and mayhem, of the struggle to make the Hall profitable, or at least self supporting, of such wonderful characters, I felt as if I knew them personally.
Its chic-lit at its best, an easy read, some gentle romance, and a story to just sit and relax with. Of course normal things like Health and Safety, Food legislation, insurance etc have to be forgotten…. There’s no way today’s Red Tape would let half the things happen that do in this book. No selling cakes without inspections of kitchens, certificates, data sheets on every ingredient and traceability of it. No running a fete or launch without endless risk and safety assessments, signs everywhere warning of xyz, insurance to cover every possible event. I’m in favour of H&S, it has saved lives but somehow I feel we’ve gone too far the other way and where events like this were common when I was a kid everything get stacked against them now. The traditional British country fair is getting certificated out of existence, and as we see here it can benefit so many folk. It was wonderful to read things that I recall actually happening. I need to mention the apples though, 20-30 per tree is a pretty poor harvest. We used to get around 12-1500 from my four apple trees…
Lily’s family are struggling, all of them in a tiny cottage, her, mum, dad and granddad, and her dad has just given up on life, after his amputation. I found that a bit sad, life isn’t necessarily like that, most folk pick up and forge a new life as he is beginning to at the end of the book, but it was annoying to read at first, everyone mollycoddling round him, not expecting more. If that happens to you or yours don’t be like Lily’s family, don’t just assume for them life is over. I’ve been there, it isn’t!

Overall its a lovely relaxing read, full of country air ( I’m a country girl at heart), terrific characters, some slightly manic times, its a book perfect for a holiday read, or to escape real life for a few hours.