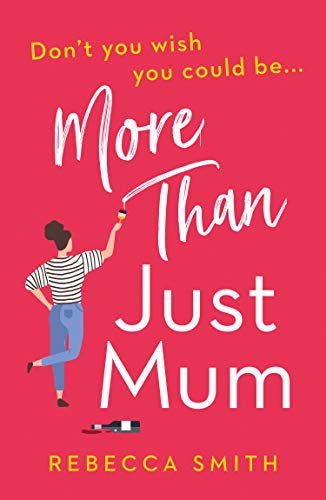 This is classic chic lit style, humour, pathos and a good dollop of real life. I so identified with Hannah at times. I too have been wife, mother, auntie, daughter and somewhere in the middle of that Jeannie, Me, was submerged. You have to fight to keep that, and Hannah’s trying hard, but life has the habit of throwing spanners just when you think you’re getting somewhere.

Having said that I struggled with this at times. The beginning almost had me giving up, it felt too much like forced humour and I just hate that. Certain parts had me thinking of a mental visual from the old TV game shows “Clap Now!!” It seemed to be written for the purpose of humour, rather than the humour falling naturally from the content. I stuck with it though and that side of things certainly improved for me, I had tears from laughing at some parts, having been through very similar. Bringing up teens is one of life’s Big Experiences, and its laugh or cry many days. Laughing is better….aided by wine of course.

What really brought this down though was for me it lacked focus. I felt there were lots of little side issues that cropped up but went nowhere, and there wasn’t really an overarching plot that ran the course of the novel. It seemed more a series of little ones that sometimes were completed, but more often just left hanging. I wasn’t really sure where the story was going, and TBH it just felt like I was reading a few months from a typical family life. Works for some of course, but for me I needed that main plot, needed to know what was the point of the novel, where was the story going. As it didn’t have that, the ending felt a little flat. Yes, one biggish plot gets wrapped up but so much was just left unfinished.

Stars: Three, a fun read, and some parts really made me smile, snigger, reminded me of my time with teen and preteen kids, but overall for me it felt a little lacking in direction.