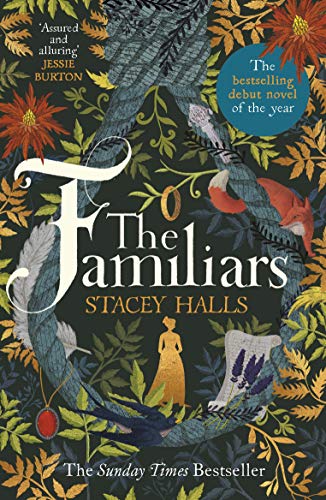 I hovered over this, had requested via netgalley some time ago but didn’t get it 😦 , sometimes they only have limited copies for ARCs. It sounded so intriguing after reading the sample that I bought it anyway. Yep, paid real money for this one 😉

Its a fantastic read, based around the real Pendleton Witches saga, and showing how helpless women were once accused, and how easy to was for grudges, and power hungry individuals to wreck peoples lives. Literally. That magic mix ( for me ) of fiction and reality, which I love to read.

I loved Fleetwood, only 17 but on her fourth pregnancy, hoping against hope that this time her husband gets his much wanted heir. Then she finds That Letter, and is devastated. As was I reading it, I so felt for her.
Richard seems like a really nice guy, shocking to me that at just 17 his wife is on her fourth pregnancy, but in those times marriage at a young age wasn’t uncommon. He’s away a lot on business but seems to adore Fleetwood and certainly allows her a freedom many wives didn’t have at that time. Then we learn something that shocked me. Not so uncommon but I just didn’t expect it and it coloured how I felt about him after.
Alice, poor girl, just caught up in things after trying to innocently help someone, and her involvement brings others into the ever growing web of people seeking the kings favour are weaving, knowing his vendetta against witches. Looking at the accusations and the “proof” from today’s perspective its ludicrous, but back then men were Gods almost when it came to determining who was innocent – hint, virtually no one. They seemed to see accused as guilty the minute someone laid a charge, and knowing the more “witches” they found, the higher the king would regard them was a powerful motive for those with no conscience.

Poor Fleetwood learns some unpleasant lessons about trust in this book. Alice too, helping someone injured ended up risking her life. She’d such a hard life anyway, and then doing something so innocent cost her job and brought her to the witch hunters notice.
The supernatural, the familiars element of the title is kind of elusive, certain animals could perhaps be familiars, and yet it could just be supposition, superstitious imaginings about innocent pets. Who knows, its never really clear but there’s enough co-incidences to make me wonder.

Stars: Five, a fabulous read, that mix of fiction rooted in reality and with a possible supernatural link, made it a riveting read for me. One I know I’ll re-read.