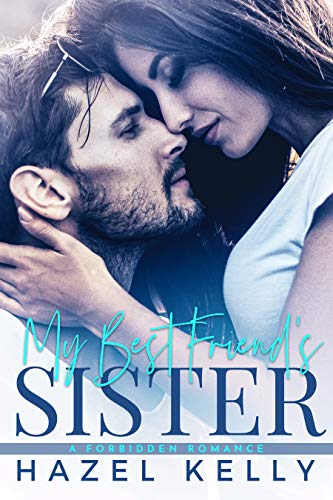 I borrowed this on KU. Its a fun read, very light and easy to follow but it lacked the depth for me of a four/five star read. Its what is says, a fun rom-com.

Maddie is a sweet girl, ambitious and doing an unpaid intern position for three months . That really makes me cross so many folk have to do free work just to get a foot in the door, how are they supposed to live? Luckily for Maddie her brother is away for a while so she can stay in his flat. Unluckily for Maddie that also means staying with her brothers best friend Quinn, a guy she’s always had feelings for though they are confused, but who treats her as not really there, barely speaking to her.
Of course that changes when she moves in and his reasons become clear, its because he’s attracted to her but Big Brother has warned him off. Playboy Quinn is not who he wants his little sister dating….I have an elder brother and when I was in my teens he did the same, warned his mates to stay away 🙂
I enjoyed reading about Maddie’s intern issues, they felt very true to life, especially what happens to fellow work colleague Jin. I could see things playing out exactly like that. Quinn and his father, and the company and Quinn’s feeling about it were interesting. I wonder how many other family companies have similar issues? I did feel Quinn blew hot and cold with Maddie very
Overall it was a fun read, very easy to get along with but lacking in deep drama for me. It depends on what you’re in the mood for I guess, and your personal feelings. I’m a drama lover, others just want to relax with an easy read. If that’s you then this book is perfect for that.

Stars: three, perfect for those that want a simple, relaxing read.