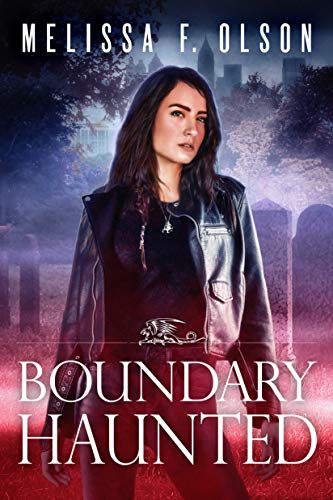 I love all Melisa’s stories about the Old World, and this one continues to engage my attention as much as the rest. Sometimes when a series continues a while the stories feel faded, same-ish but not with these. The Scarlett Bernard books follow the same lines as the Boundary ones, same Old World but different city, different issues. That means there’s always something new to bring to the story, and I love both series. I’ve recently done a reread of them all, so events were fairly fresh in my mind from the last book.

This time Lex has to travel to the South, where her talents have been requested. Maven says she doesn’t need to go, its outside the remit of their agreement, but she would like Lex to go, and hopefully persuade Beau, the Cardinal Vampire there, to join the parliament she is hoping to form. She needs strong allies like him, and Lex can see the value of helping him. She’s struggling though after the events of last time, not sleeping well, and hiding it from everyone as best she can. She’s worried about going back into a world that’s stuffed to the gills with Ghosts from the wars.
The first meeting doesn’t go well, dangers soon appear, and Lex has no allies except for a spy of Mavens who can’t be revealed of course. Quinn wanted to come, he and Lex usually work together, but its too close to his human life, where his wife ( widow) and daughter still live. The temptation to seek them out, or the possibility of accidentally meeting them, would be too much. He hates seeing Lex in danger though and boy, does she get into some here….

The story unfolds, opinions change, and the dangers stack up. Lex doesn’t really know where to look but slowly she starts to get a picture of events, although the culprit shocked her – and me. I Did Not see that coming!! I love to be caught out like that.
As usual there’s a mix of info we know and new things, new spells, types of witchcraft, types of ghost, and the world Lex is in seems to be ever expanding. I enjoyed meeting new characters, wasn’t sure about Beau at first, but came to really like and respect him in the end. Even though its mostly new folk we meet, we still are connected to the usual crew by way of Lex’ thoughts, talks with Sam, phone calls and other little means, so it all felt very much a part of the series, not just Lex in a new tale. I like that connection, like the the world is slowly expanding, bringing in more folk – and hopefully lots more stories!
Things happen here that throw light on some past events, and push the whole group further forward. If I’ve a criticism its just a personal one, I adore Quinn, I missed him, although I understood exactly why he had to stay away. Without him though Lex really will struggle.
I look forward to the next from Melissa.

Stars: Five, another cracking read. Roll on the next one.