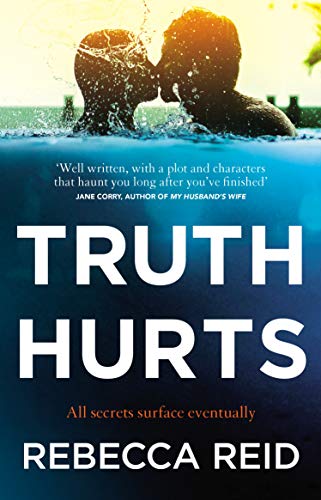 Secrets, its a novel about secrets and of course they never stay hidden. I kept wondering: what was Poppy hiding, what was Drew’s secret? I was puzzled at first when we met Drew and Poppy, and then moved on to Agnes and Caroline….but it all comes together slowly, though the secrets don’t come out until almost the end.
Its told in past/present format for Poppy, but Drew remains an enigma, a man who adores Poppy, seems to be just too good to be true. Gina, Poppy’s friend certainly thinks so, but she’s guardedly cautious, after her first open enthusiasm about him.
I loved when Gina was staying with Poppy at Thursday house, and they do the makeover, transforming it in the few days Drew was away. Then Drew’s friends arrive for a weekend and that was fun, the old friends come to meet ( aka gossip and judge…) Drew’s surprise new, young wife….some great snark there.

It’s fun read, cleverly paced so you’re always wondering what did happen, what are they hiding. Was it so bad, was it what I suspect, why are the locals so unfriendly?
There are lots of little clues, but I was never quite sure where they were leading, or if I was down the wrong track.
Then all is revealed, very suddenly near the end, but that’s not all the surprises, there’s one last one that really caught me out, shocked me and changed how I’d begun to see everyone. I really didn’t like what happened, yet it was the perfect ending, really unexpected, and something that made me feel somewhat uncomfortable about it.

Stars: five, a cracking read, surprises all the way and an ending that caught me out. Its not one I’d reread, for a long while at least, knowing the secrets now but its still an amazing read.