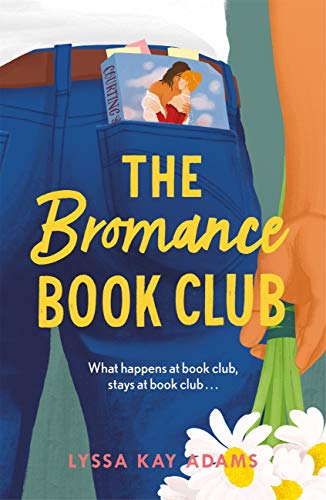 Y’know, so very often books promise “you will laugh out loud” or maybe “gut clenching humour” and I find that actually they don’t, the humour is forced and more slapstick than comedic. This one promises nothing and yet was incredible. Clever subtle humour at times that had me smiling gently, and at other times ? I was snorting at the mental images.

Wonderfully written, you feel for both characters, and I adored them even if I could see where they were harsh with each other in expectations and of course, saying just the wrong thing at the wrong moment!
Gavin, he was wonderful. Top baseball star, dad of adorable twin girls, and thinks he has the perfect marriage and then….That comes out. Poor guy, all this while he’s been thinking he’s keeping his wife happy sexually, and then suddenly he finds out she’s never reached the big O. He (IMO) over reacts, a mix of feeling humiliated I guess, and feeling that she’s lied to him the three years they’ve been married.

Thea, suddenly found herself pregnant early in her relationship, and twins demand all your time. She loves Gavin, that’s clear, but feels an outsider in his closed Baseball world. I can see that, many wives/partners grow up alongside their partner, from junior ranks to the big time but Thea got dropped straight in, and it feels like she’s always trying to blend in, to belong, and yet never really fits. Of course there’s the classic mean girl, the type who says one thing while making it clear its not praise but an insult, Rachel, wife of one of the other stars, and I do love a character like hers. I wish she had a bigger part. I love the drama that follows people like her.
Then with the arrival of the twins Thea’s own career has ground to a halt too. She adores Gavin so how do you say “actually Gav, you’ve not hit the spot” and when? Once you’ve let that magic, hidden moment pass its gone. How can you respond when he says “why didn’t you tell me before?” and so it becomes a long secret.
The book club guys, they were just wonderful. I love First Rule of Book Club, you don’t talk about Book Club. The sheer silliness of modern day men, bug Alpha males, taking tips from fictional Regency Lords and their problems. And yet it was working…I guess times never really change. I love the way they convinced themselves the book was relevant to modern society, the way they used words to parallel it to modern feminism…and of course the wonderful Regency style insults and phrases that pop into Gavin’s head. It was the little touches like that which add so much depth and fun to the story
Its one step forward and two back for Gavin as both he and Thea learn slowly about the issues from their own pasts that have influenced their marriage. If they had dated for longer then maybe they wouldn’t have had issues, would have known more about each others triggers but…the twins came.
I think my favourite bit was the night Gav was looking after the twins and the book club lads had a meeting at his house. Thea and sister Liv came home early to find decorated beards and hair, big burly guys with painted nails, and of course The Russian and his stomach and flatulence issues. I actually had tears of laughter at the mental images in my head.
Its a great read, lovely romance with incredible humour that was just perfect for me, fitting to the story, not squeezed in regardless for a cheap laugh as in so many books. I look forward to the next in series.