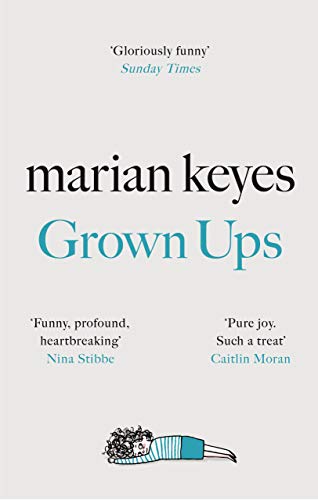 Well. Marion Keyes, an author whose work I usually love. I went onto this expecting to be engrossed in a family saga. Well, family saga it is but there were so many characters, that it got confusing, I had to keep flipping back well into the story to see who was who and how they fitted in.
Its a well written story once you have it clear who is who and how they relate to the others but…. a huge failing for me was that the more I read the less I liked the characters. I did like Nell til further in when I just was rolling my eyes at her behaviour, and the more I read the less I liked everyone else. I guess Jessie, the one I probably liked least to begin became the only one I really liked. I felt she was trying, even if too hard and her actions were OTT, at least she meant well, whereas the rest seemed to display some horrible self centred traits. Sadly for me that made the story a fail – I can see its a five star perfect read for others, and that’s how it goes with stories, some you love and some…you just don’t. I’ll be back when the next MK book is out, I’m sure this is just a glitch for me with her work.

Stars: Two, I really struggled with this, well written but ultimately I just didn’t care about the characters enough to enjoy the story.