Where We Belong, Shann McPherson

Where We Belong, Shann McPherson 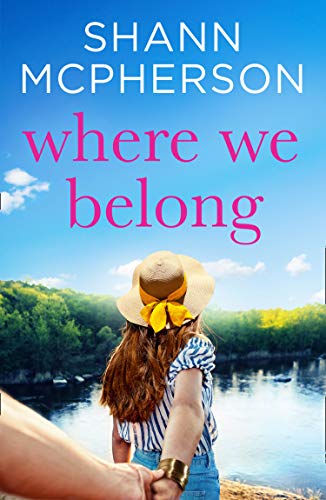 Well, I love these small town America stories. I’ve no idea – being British – whether there really are towns like this, but I love the idea of everyone having friends, being there for each other. Of course its Always Sunshine and Warmth – and here in UK that’s often in short supply, so that’s a huge bonus. BBQ in the rain, summer dress for night out ruined by downpour, hair carefully coiffed and makeup done, then wrap up in warm hat that ruins the effect – that’s UK summers. I love the fake GF/BF trope too.

Poor Murph, all set for a proposal from long time boyfriend, on and off romance, and then…he hands her an invite to his wedding. Oh I could feel her heart breaking. When we learned more about their past my heart was sad for her over again, and I wondered why she saw Nash as her HEA, when to me he was selfish and unreliable.
Still, here he is with his new love, and she wants to put a brave face on and in the momentary instinct claims Harley is hers. Poor Harley – give the guy credit, he goes along with it, but as we learn he’s been picking her up for years, What’s one more time.
And it could have been a fun read for me if Murph hadn’t been so unpleasant to Anna. Its not her fault Nash loves her, and I really didn’t like Murph’s actions. Acting on the spur of the moment is one thing, but deliberate actions? Nope. Not in my playbook.
It may not bother you and you may laugh at parts, I did have a silent snigger at one even as I was annoyed at it….hey- I’m human, it set a funny visual. And I want to know why Harley writes his name on his clothes?

Overall it ends well, I’m not entirely sure I was convinced by it, but its a fun, easy read.

Stars: Three, I enjoyed parts, but a) didn’t understand why Murph was so set on Nash and b) didn’t like some of her actions.