The Land Beyond the Sea, Sharon Penman

The Land Beyond the Sea, Sharon Penman 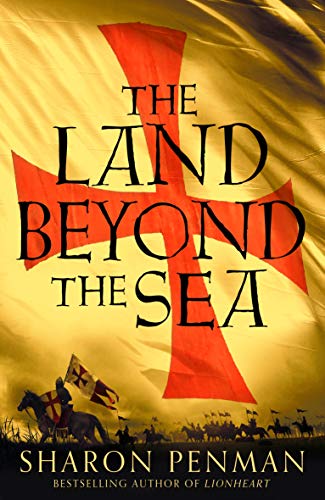 Its years since I read a Sharon Penman novel, so I was really looking forward to this one. Sadly though, it didn’t grip me the way some of her earlier novels did. Its possible that my tastes have changed, but I think its more likely that this book, with its focus on Outremer, just didn’t draw me in as much as the books set around the UK, with figures from history I’m already familiar with.

There are so many characters here to absorb, people from different countries, differing loyalties and of course the anomaly of Jerusalem/Outremer being out of the Saracens control. It must have been difficult to keep when surrounded by enemies, and much of it seems to have come from constant negotiations, allies and truces rather than never ending battles. Its not all war, and even centuries ago politics were very important and played a huge part in running countries successfully.

I know everyone called Baldwin’s mother Agnes a cruel woman but I felt for her. Not allowed to marry the man she wanted, she was forced to marry another for family glory. Then having two kids by her husband, he puts her aside for a new bride simply because he wants to be king and the lords won’t accept her. . She doesn’t even have the children as solace, Sybilla being brought up in a nunnery and Baldwin staying with his father. No wonder she was so bitter.
I felt for Baldwin, such a potentially wonderful king, intelligent and fair, but struck down with an awful disease. The parts of the novel I enjoyed most where when it focused on particular people, and I felt I was getting to know them personally. There are just so many folk here though, such a mass of detail that I felt overwhelmed by it.
Its a well written novel, in Sharon’s usual intense and thorough style, but I just felt I couldn’t seem to get that personal angle that makes a story flow for me. I found there were so many folk, so much intensity that I had to keep putting it aside for a while. Then because I knew so few of the characters I had to recap who they were, how they fit.

Stars: Three, a well written and very intense novel, but I felt bogged down at times by the sheer numbers of new to me historical characters