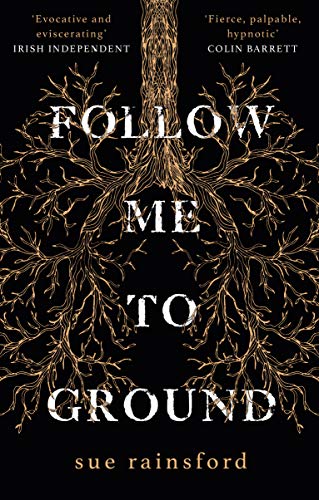 I finished this book three days ago and….usually I write my reviews the following day, but I just don’t know where to start with this, and keep putting it off.

Its….an odd, weird story, and yet I can see from early reviewers that some folks adore it. I guess its the book equivalent of Marmite, you either love it or hate it! And sadly I just didn’t like it, I can’t say I hate it as TBH most of it was just so confusing, and at the end I was left thinking “ what have I read?”

Oddly it shares a few similarities with You Let Me In by Camilla Bruce, which I absolutely loved. They both involve people/creatures who are different to the usual supernatural beings in books. I understood You Let Me In though, well, partly, but that confusion was a deliberate facet of the story. However with Follow Me To Ground I just found it totally confusing. One moment it would be one person telling the story, then it would switch, but without any indication, so I’d be thinking “ What? Whats happened that I missed” before realising it was someone else talking. I had to keep going back, rereading, backtracking to try to understand, follow what had been written. Nothing really seemed to add up, make any kind of sense and even in a supernatural read I do need that.
I read to 50% and skim read the rest, as I wanted to see what would happen and yet was so confused by events and characters that I couldn’t bring myself to waste time in a thorough read. I knew by then it wasn’t going to be a great read for me, but wondered of the second half would be any clearer. Nope, it wasn’t.

One big plot in the book oddly was very clear to me, right from early on – weird that the ordinary events were difficult for me to follow, and yet this big major mystery was so obvious to me. Maybe that’s the way the author intended – I don’t know?

Stars: Two, a weird book, I can’t say I hated it, but I didn’t understand it, or like the characters. By the end I felt strangely irritated that I still didn’t know what it was supposed to be telling me.