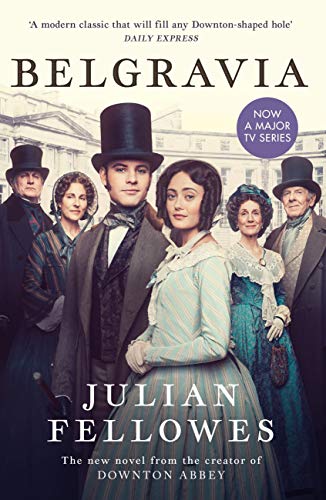 Well, I must be one of the few people who’ve not seen Downton. I haven’t had a TV for years – but my daughter and daughter in law love the series, and I recall reading another of Julian’s books many years ago. Throw in that I like historical reads and I wanted to try this.
To be honest I was underwhelmed. Its a reasonable story, intrigue, passion ( what passes for passion in the 19th century of course), some excellent characters and a real feeling of being there with them.
The historical setting was brilliant, I could visualise it and feel myself there with the characters watching scenes play out. What I didn’t like was the actual story, its very true to time in that circumstances and appearances are all, the innate snobbery of those at the top for any one a rung below, the desire to join their ilk by those who’ve made money but have no historical Name.
I just felt no excitement, no real mystery, everything was explained very fully as the story went on, so that by the end the only people who didn’t know the whole story were a very small group of those whom it concerned. I guess I like to try to work things out myself rather than be told them, told how the characters are feeling, reacting and whats going to happen next.
For lots of readers clearly that isn’t a problem, I can see the book has many stanch followers. That just proves what I’m always saying – reading tastes vary so much and a low-mid star doesn’t mean a poor story, just one which that particular reader didn’t enjoy.

Stars: Three, good historical setting but a story that didn’t really resonate with me. .