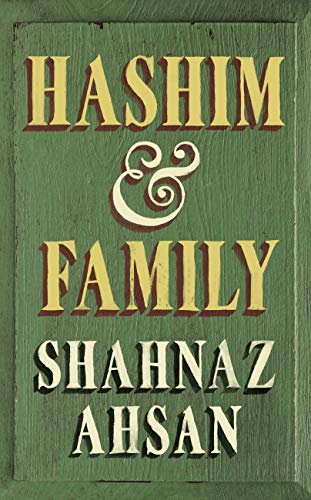 Amazing when your childhood years are considered history, way to age me 😉 However it was that sense of having lived through the time that made this book feel so real to me. Its horribly accurate in the casual racism of the day, that was just accepted by both sides. A few people railed against it but to what purpose, when there were not going to be huge changes.
I remember back in the early seventies when I met my husband, how difficult it was to find somewhere to live, to find employment simply because his surname Zelos indicated a foreigner, and back then there was no legislation against discrimination. We’d go to ask about a flat and it would go well until names were mentioned, and then suddenly it was just a straight No. Actually Charles looked more English that me, I’ve dark brown hair and eyes and always have a tanned skin appearance while he, the half Greek, was a typical English burns-easily skin, light hair, light eyes.
It was that familiarity with events that made this a bittersweet read. Even when we as a nation needed workers, exhorted people to come here to live and work we still considered them “lesser”, still didn’t exactly welcome them. Pretty shameful eh?

I loved the characters, Hashim, such a solid, reliable, dutiful man who adores his wife, she’s a conundrum, married very young but with a fierce intelligence and drive, and that worked well for her and Hashim. They were perfect for each other. And yet life still throws in horrors and sadness.
Rofikul, Hashim’s cousin, had been in Britain for a while and seemed to have fully immersed himself in the life here, even having an Irish girlfriend. Helen had a hard childhood and escaped as soon as she could, and after she saw the boys being beaten in a racist attack she comes to their aid, and she and Rofikul begin a relationship. It always feels though that Helen wants more, is defending their love, when her friends look a little askance at her relationship with a “Darkie”, whereas Rofikul doesn’t seem to feel the same. I felt he loved Helen, but he was a bit of an adventurer, not a planner but went with the flow, and liked to be ready for the next change. Unlike Hashim who adored his wife, and threw himself into settling here properly, Rofikul just felt different. Then he does something I hated, couldn’t forgive.

As well as the boys time in Britain there’s a huge chunk where Rofikul is back home in East Pakistan, and though I enjoyed reading about that, it felt somewhat disconnected from the part where they were in Britain. Even there I found it hard to understand Rofikul’s actions, I’d have been asking questions but I guess it really is cultural differences.
Overall it felt almost like two books joined by characters. I was really sad at parts of the ending and yet also it felt right, very true to life. Its not a story I’d read again, but is one I enjoyed overall, although I did skim read parts that felt a bit dull to me.

Stars: Three, an interesting read though at times the book felt a little disconnected in events.