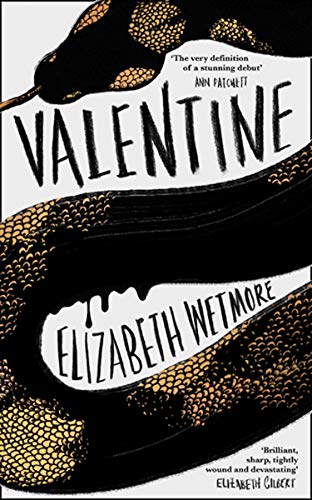 Anyway, I wanted to like this story, it sounded perfect for me, one that would make me think about the characters and their actions from all points. Sadly I just didn’t like it.
I didn’t like the writing style, its one of those with no quotation marks to denote speech, which makes text puzzling at times. Then we’d just from one POV to another, from past to present and vice versa, all within the same page, no defining markers to show where one part ends and the next starts. That seems to be a growing trend in some novels and one I do not like!

The characters were grim, unremittingly grim, and I just couldn’t feel for any of them. I need to be onside with a couple of characters but here I felt sorry for some but still didn’t like them.
Most of the book seemed to feature everyone but Valentine/Glory, when I was expecting the story to centre around her and what happened to her. I was expecting a kind of To Kill A Mockingbird drama but instead got something very different.
The bigotry, the sexism and the harshness of life was very real, but without anything to balance that it made for some hard reading. When characters did do whats right, I wasn’t convinced by their actions. It seemed though most were true to time, ( having lived through seventies, albeit in UK, I know how different attitudes were to today), there were a couple that would stand up for rights, but I didn’t really understand why. They didn’t appear to have any history suggesting they cared about women’s rights, racism, or the environment, but just suddenly one thing fired them up, but without any real reason.
Then there’s the trial – given the circumstances it simply wouldn’t have taken place, rape trials are hard at best of times, back then with a victim who wouldn’t testify, a Mexican against a white man, it just would have been ignored. And the financial reparation – since when did that happen in criminal trials? I think if authors are going to include this kind of detail even in fiction, as its purporting to be a realistic story it needs to have consequences that would happen in real life, not ones that the author invents.

Stars: Two, I can see others love it, but for me it was a fail sadly.