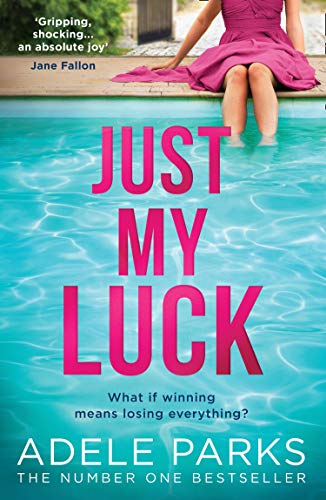 Anyway, what a read this was, full of the very worst in people. Until the win the six have been friends for 15 years, though there are cracks at times, and Lexi has discovered something about one of them that she finds difficult to deal with. I would too. The characters are very real, warts and all, but TBH I only liked Lexi and Toma, the rest were selfish, vain, money obsessed. Toma had gone from being a hardworking family man to the depths of depression after his loss, and Lexi helps him crawl out, start living again. I rally liked him.
Jake her husband was not the man she saw, not the guy she fell in love with. I guess we all change along the way but while Lexi is all about helping others – hence her work in citizens advice – Jake is just money and self orientated.
The friends have fallen out, and then soon after their long held winning numbers come up. Jake and Lexi insist they’d dropped out, they insist it was just a tiff and they were still in. Who’s right? Who knows.
Complicating matters are their kids. Jake and Lexis daughter Emily is best friends with the Heathcote’s daughter, Megan, and the Pearson’s son Ridley is her boyfriend. We see much of the events after the win through Emily’s eyes, and she is a typical teen, spend, spend on big brands. Their son Logan is a bit younger, happy that he can have some new games.
Jake also can’t wait to get his hands on the cash and start spending. His greed shows right from the start when they ring in and one of his first questions is how soon can they get the cash. He seems to mostly want others to see how rich he is, to show off his new Lamborghini, throw a huge party, buy expensive new clothes, he’s all about flashing the cash.
We see quickly how the money brings problems, not just with their friends but themselves, it affects Lexi’s job as the CA office is inundated with people wanting help – or help in the form of money. Emily gets problems at school as Logan and Megan turn against her. The trio have been friends since childhood, don’t have other friends and it hits her hard.

Things get worse, trust is shattered and events quickly go downhill, showing how different Lexi and Jake have become. For me Jake was an awful man, I guess he must have been different when they met, Lexi is such a lovely person its hard to see what they have in common. Then the action ramps up, and the twist at the end has me rethinking things once more. I guess no-one is quite who we think they are.

Stars: Four, a gripping story, a bit predictable at times but then throwing in some curve-balls that had me rethinking.