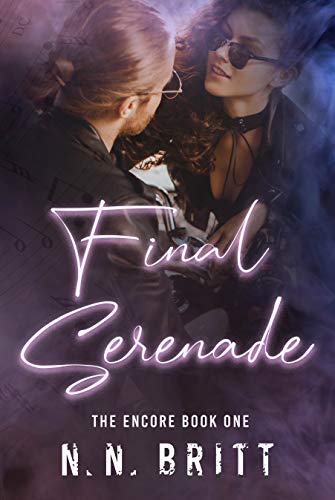 Anyway, rock romance, I love it, and this features characters a little older, which is great for me. Teen angst can be fun, but its much nicer to find characters that have a little more depth.
I loved this book, loved it. So much in this genre features ( as above) teens, lead females that swoon as soon as they are looked at, forget all their principles when the MC approaches them, or MCs that are little more than monosyllabic, shallow males, who demand everyone falls at their feet.
Frank(ie) came as a real treat, and of course Cassy isn’t one to fall over, legs akimbo just because her teen crush looks her way!

I loved that it wasn’t just Cassy meets Frankie, but that both had a lot of other things going on in their lives. That made them feel real, made the story so much more interesting. Cassy was great, determined to stay professional even when faced with her teen dreams. I loved that she tries to help her mum and little brother, even though he’s a typical at times obnoxious teen….That is mirrored in so many people’s families, we love our parents and siblings even when it feels like they are going to drive us mad.
Frankie, Cassy ( and I) had so many questions about his return. Why now? Is he touring? And When? Why has it taken so long? Is he well enough or hiding something?
Then there’s his band-mate Dante, who at first seemed a decent guy underneath the rock star ego, but then we learn more and he’s not quite like that.

I understood why Frankie worked so hard to keep their relationship secret, the media are relentless, and Cassy’s career will be shot to pieces, so while they’re seeing what’s between them he tries to keep things covered. And yet I also felt for Cassy, she knows this is for the best, but at times her imagination runs away…I think most of us would be like that.
And that ending, Gah, I hate those, but luckily for me I’ve been approved book two, the conclusion of their story. I hope we get to hear more from the band, from the other members, its such a treat to get characters in their thirties 😉 This duet is on KU right now too.

Stars: Five, terrific read, a rock star romance, with so much extra in the story. One I’ll happily re-read.